[dropcap color=”#008040″ boxed=”yes” boxed_radius=”8px” class=”” id=””]M[/dropcap]ost of us know how the game of Chausar ended for the Pandava prince Yudhishthira. What we do not know is what kind of a game Chausar would amount to in modern India. It was a game of dice but was it also a game of strategy or skill? Could a modern casino offering Chausar for stakes or profit do so legally? Gambling has existed in India since times immemorial. With technological innovation and evolution of the internet as well as telecom, online gaming has become an extremely popular mode of entertainment in an as yet nascent market.

Online games and lotteries are new entrants to the otherwise offline industry of gambling, betting and wagering in physical gaming houses that have been strictly regulated in India. The Public Gambling Act, 1867 (the “Gambling Act”), a central legislation adopted by some states, prohibits all games of chance except lotteries and games of mere skill. Post-independence, by virtue of Entry 34 in List II in the Seventh Schedule of the Constitution of India, States have the power to legislate “betting and gambling” policy and laws within their respective territories. Such power includes the power to legislate on lotteries other than State Lotteries. Only the Central Government may legislate on lotteries organized by the Government of India or by a State Government. At present, subject to conditions, various forms of gambling and betting, including setting up of casinos, are permitted in Goa, Daman and Sikkim.

[dropcap color=”#008040″ boxed=”yes” boxed_radius=”8px” class=”” id=””]M[/dropcap]ost of the legislations pertaining to lotteries and gambling were enacted at a time when the online medium was almost non-existent and online gaming not envisaged. The absence of explicit reference to the online medium in the gambling legislations has meant that, time and again, questions have arisen as to their applicability to online gaming. There exists a lacuna that leaves room for ambiguous interpretations and, therefore, presents both opportunities as well as legal risks for online gaming and lottery companies. Two much awaited judgments of the Supreme Court, delivered this year, the Mahalakshmi Case and Kerala Case (infra) that were expected to provide the required clarity on the issue of legality of online gaming and lotteries are discussed in the course of this article.

[dropcap color=”#008040″ boxed=”yes” boxed_radius=”8px” class=”” id=””]V[/dropcap]arious gambling legislations in India prohibit or restrict, amongst other things, the keeping of or gaming in a physical “common gaming house”. As per the Act, “games of mere skill wherever played” are out of the purview of the Gambling Act. Gambling has been held by the Supreme Court of India in the case of Dr. K.R. Lakshmanan vs State Of Tamil Nadu And Anr[1] (“Lakshmanan Case”) to mean wagering or betting on games of chance but does not include games of skill such as horse racing.

Game of Chance or Game of Skill

In the case of State of Andhra Pradesh Vs. Satyanaranayan[2]  (“Satyanarayana Case”), Rummy was held by the Supreme Court to be a game of skill on the ground that unlike ‘three card’ games like ‘flush’, ‘brag’, etc., which are games of pure chance, Rummy primarily involves preponderance of skill because the fall of cards needs to be memorized and considerable skill is required in holding and discarding cards for the building up of Rummy. The Supreme Court, incidentally, equated the character of chance in Rummy to that in a game of Bridge. In all games entailing shuffling and dealing out of cards, there is an element of chance because the distribution of the cards is not according to any set pattern but is dependent upon how the cards find their place in the shuffled pack.

[dropcap color=”#008040″ boxed=”yes” boxed_radius=”8px” class=”” id=””]A[/dropcap] game could be either a game of “chance” or a game of “skill” or entail both chance and skill. In the Lakshmanan case (supra), the Supreme Court, referring to the cases of State of Bombay v. R. M. D. Chamarbaugwalal [AIR 1957 SC 699] and Satyanarayana (supra), noted that ‘competitions where success depends on substantial degree of skill are not ‘gambling’ and irrespective of any element of chance, a game would be a game of ‘mere skill’ if it were preponderantly a game of skill. Although the element of chance cannot be ruled out, success in a game of skill depends principally upon the superior knowledge, training, attention, experience and adroitness of the player and “…therefore,… the expression “mere skill” would mean substantial degree or preponderance of skill.”

Sikkim is the only state to have legislated on online gaming by introducing the Sikkim Online Gaming (Regulation) Act, 2008 in terms of which licenses may be obtained for conducting certain online games viz., Roulette, Blackjack, Pontoon, Puntobanco, Bingo, Casino Brag, Poker, Poker dice, Baccarat, Chemin-de-for, Backgammon, Keno and Super Pan 9. The state of Sikkim, vide an amendment[3] earlier this year, has restricted conduction of online gaming activities to the physical gaming parlours in Sikkim through intranet. Those who invested heavily expecting to be able to offer online games all over India have definitely been impacted by said amendment.

[dropcap color=”#008040″ boxed=”yes” boxed_radius=”8px” class=”” id=””]A[/dropcap]n anxious industry looking for clarity in the applicability of gambling laws to online games was met with disappointment of sorts when the original writ petition was withdrawn in Mahalakshmi Cultural Association v. The Director, Inspector General of Police & Ors[4] (“Mahalakshmi Case”). The premises of a Rummy Club, Mahalakshmi Cultural Association, was raided by the Police on the ground that Rummy was being played for stakes at said premises. Aggrieved by an order of the Madras High Court that held that Rummy played for stakes would constitute gambling, the Mahalakshmi Cultural Association appealed in the Supreme Court. Some online Rummy companies intervened to be impleaded in the matter on the ground that banks were refusing to process their loans and that a judgment on the legality of offline Rummy could impact them prejudicially. However, the matter was dismissed as withdrawn on the grounds that the said club was acquitted by the trial court and that the proceedings had been initiated for other gambling activities on the premises and not for Rummy.

When asked by the Supreme Court about its position on the question as to whether online Rummy was a game of skill, the Union Government submitted that it had not formed an opinion in that regard. The Supreme Court, thus, declined to rule on the applicability of gambling laws to online Rummy business models. The Apex Court did note in its order that the observations of the Madras High Court would not survive. Consequently, the position now is the same as prior to the Madras High Court ruling, viz., games of skill with or without stakes would not be covered by gambling legislations and there is no definite answer yet to the question of status of online Rummy vis-à-vis state gambling legislations.

[dropcap color=”#008040″ boxed=”yes” boxed_radius=”8px” class=”” id=””]I[/dropcap]n the 2013 case of Indian Poker Association v. State of Karnataka[5], the Bangalore High Court held, “In respect of the game of poker, if played as a game of skill, license is not contemplated”. The judgment neither subjects Poker to the skill test nor delves into the question of legality of Poker for stakes or profit. Nevertheless, the judgment is a step in the direction of recognition of Poker as a game of skill and is also expected to impact the decision in the case of Gaussian Network Pvt. Ltd. Vs. Monica Lakhanpal and Anr, pending in the High Court of Delhi, on the question, inter alia, of whether there is any restriction on playing games of skill with stakes on the websites making profit. Judgment in this latter case, though binding only on parties in question, is eagerly awaited for the reasoning and arguments that would shape the decision.

Ironically, lotteries, which are entirely games of chance are permitted in many states, albeit strictly regulated and looked upon by law and courts as a disastrous “evil”. In terms of the Lotteries (Regulation) Act, 1998, states may organize, conduct or promote lotteries, subject to prescribed conditions.

While the state of Madhya Pradesh has banned lotteries, the government of Punjab has recently announced that it intends to start online lottery schemes with the aim of generating Rs. 150 crores annually through sale of online lottery tickets. Observations, though of a non-binding nature, of the Supreme Court about online lotteries in the case of All Kerala Online Lottery Dealers Association Vs. State of Kerala & Ors[6] (“Kerala Case”) wherein the selective banning of online lotteries by the state of Kerala was the subject of dispute, have clearly not discouraged the government of Punjab.

[dropcap color=”#008040″ boxed=”yes” boxed_radius=”8px” class=”” id=””]I[/dropcap]n the Kerala Case, the Supreme Court held that it was constitutionally valid to discriminate between online and paper lotteries as two distinct classes of lotteries in terms of the Lotteries (Regulation) Act (the “Lotteries Act”), and therefore, a state government may ban online lotteries regardless of the fact that it may be conducting paper lottery schemes. The Supreme Court observed that as long as a state does not itself conduct a particular class of lotteries, it may ban within its territory that class of lotteries conducted by other states.

While there is no specific legislation with respect to online gaming, there are other laws such as cyber laws, tax laws, anti-money laundering laws, exchange control regulations, etc. that affect the industry. For instance, in terms of the Information Technology Act, 2000 and the rules framed thereunder, an intermediary is obligated to observe “due diligence” in discharge of duties. As per Circular No. 15 of 2015 issued by the Central Board of Direct Taxes, e-wallets or virtual card accounts maintained with offshore online gaming / poker websites being akin to bank accounts with inward and outward movement of cash, the valuation and declaration of such accounts must be made as in the case of a bank account. Under extant Foreign Direct Investment (FDI) Policy of India, FDI in lotteries and gambling is prohibited.

Online Gaming continues to be a grey area. There are interesting variations in the world of gambling in India. For instance, wagering on horse racing is legal because it is a game of skill but wagering on the game of cricket is not and lottery, which is pure gambling, is regulated but legal whereas online Texas Hold’em Poker, which many argue is a game of skill, may or may not be legal in every state. Regardless, Indians are gambling in large numbers and the online gaming industry is only growing. Extant laws are not sufficiently keeping up with this change. Worldwide, the online gambling sector is becoming increasingly regulated. Creating a regulatory framework and providing much needed legislative clarity with respect to online gaming would not only help curb underground activity but also create new sources of tax revenue. 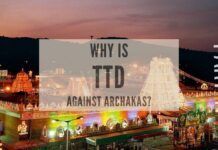 Muths, temples in Ayodhya gets tax relief by Yogi led UP...