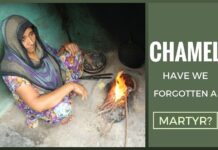 Justice for Chamel, Part 2 – Have our netas let down a martyr?