The Supreme Court on Wednesday ruled the Tamil Nadu government has no suo moto power to grant remission and release the convicts accused of conspiracy in the assassination case of former prime minister Rajiv Gandhi.

The apex court’s constitution bench headed by Chief Justice H.L. Dattu said that the state government could grant remission and release the convicts only in consultation with the central government as the case was investigated and prosecuted by the Central Bureau of Investigation (CBI).

The court said this while answering reference by a three-judge bench which had asked the constitution bench to address seven questions framed by it.

Having answered the question of law, the court said the validity of the Tamil Nadu government’s decision to grant remission and release the convicts accused of conspiracy in Rajiv Gandhi assassination case would be examined by the three-judge bench.

In the case of heinous crimes, the court by a majority verdict held that it could sentence the accused to life imprisonment, meaning the whole life without remission. 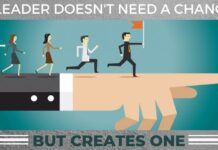 Congress’s hypocrisy on its outrage over BJP’s Rajiv onslaught

Pak ready to talk with India without pre-conditions: Sharif