Trial and Error method will not work anymore. Acknowledge that there is an economic slowdown. It’s now or never. The buck stops at the top.

Stop fooling people with the age limit. Kalraj Mishra was above 75 yrs old when he became Minister. Ajit Doval is above 75 yrs as a National Security Agency (NSA) Advisor to the Prime Minister Narendra Modi. Attorney General Mr. K K Venugopal is 89 yr old. Karnataka CM B S Yeddyurappa is 78 yrs. Morarji Desai in 1977 was 81 yrs old when he became the Prime Minister of India and was a very active and great political performer. Jyothi Basu was the West Bengal Cheif Minister up to the age of 86. In recent times in 2018, Malaysia saw the return of the 92-year-old Mohammad Mahathir as PM, who resigned from PM post in Feb 2020. Sir Winston Leonard Spencer-Churchill was the PM of England at the wartime and again up to 1955, till the age of 81. Whatever the USA presidential election outcome is, most likely it will see 80 yrs age plus President in power when he will relinquish from his office in Jan 2025.

A very interesting story of the post World War II was that of the Chancellor of West Germany, Konrad Hermann Joseph Adenauer who became the Chancellor in 1949. He was the Chancellor until 1963 at the age of 87 years and was dubbed “Der Alte” (“the elder”). He was “the oldest statesman ever to function in the elected office. He challenged his age by his intense work habits and his uncanny political instinct. He displayed a strong dedication to a broad vision of Democracy and Anti-Communism. As a shrewd Politician/ Statesman Adenauer was deeply committed to a Western-oriented Foreign Policy and restoring the position of West Germany on the world stage. He worked to restore the Economy from the destruction of World War II to a central position in Europe, presiding over Germany’s economic growth.

There is no substitute for hard work. You can perform and stay active if your physical ability permits.

It has been proved to the world, that old age and maturity have delivered a performance with results.

We did see the last time that a Cabinet minister who himself was instrumental in spreading and planting the upper age limit theory bogey could not remain standing even for 15 minutes. And he was just 65! Much of the non-performance on the Economic front today is because of his incompetent handling of the finance ministry.

Lifespan is like a sealed petrol tank with an unknown amount of fuel and no one can predict when one will meet one’s maker.

Whatever the age be at the end of the day, it’s just a number. It is the physical ability, alertness, mental health, and endurance that matter. In Politics or in Public office, as long as a person can perform the duty to the best of his ability and is able to execute flawlessly that is all that matters. In the current NDA dispensation, 6 Ministers below 75 yrs of age, of the past 2014 Cabinet have passed away. Lifespan is like a sealed petrol tank with an unknown amount of fuel and no one can predict when one will meet one’s maker. There is no substitute for hard work. You can perform and stay in action if your physical ability permits. However, in a Democracy, politicians cannot retire at the age of 65 yrs, as there are only a few leaders, who in spite of being old are working rigorously to enlighten the Nation. They put young leaders to disgrace with their sheer motivation, dedication and drive to succeed.

The 75-year age limit is a specious argument trotted out to selectively keep some people out of ministries. If the government is hell-bent on imposing an age-limit (say 65 years) in politics, how will it implement it? A duly passed law (CAA) is being opposed tooth and nail by a section of the populace that refuses to read the act.

Those who think they can govern the way they want & don’t want to share power based on a variety of reasons that brought them to power can also be held responsible for non- performance, and betrayal of trust of voters. At the end of the day, the buck stops with them; they alone will be held responsible for all the good and the bad.

Budget 2020 was a tepid exercise with no emphasis on creating demand. With the economy already in a tailspin leading to an imminent crash, the looming Corona Virus scare is adding to its woes. The economy could even slip into a negative growth which would mean that millions of jobs would be lost. Not a desirable situation. Rescuing and boosting the economy requires a futuristic visionary strategy and measures that will ensure long term growth and prosperity. Responsibility and Accountability are the keywords for success. Not only should there be a robust policy, but the turbulence (and the status quo will cause it – many hate GST because, for the first time in their lives, they have to pay taxes) created will also have to be deftly and efficiently handled, keeping the future of the nation in mind.

Spin or Inaction makes it worse

Masterly inactivity can lead to disaster, as the Delhi riots show. As much as the Aam Aadmi Party is being hated for having some rabid elements amongst its ranks, the inactivity of the Center also rankles the people. The track record of the government in the last 6 years on the Economic front is disheartening and a lot needs to be done. From Demonetisation implementation, GST handling, Banks NPA, MSME strategy, RBI regulations, a soft approach towards the past regime corruption cases, big economic offenders fleeing the country brings home the fact that the current babudom is complicit in many of the scams and needs to be cast aside for real, concerted action to happen.

At the end of the day, it’s the PM’s prerogative to appoint a minister but it has to be the right person for the right job because the buck stops with him. COVID-19 might push India into an economic crisis: The time to act is now 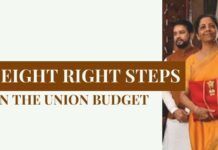 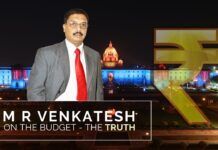 Of merit, reservation, and the inability to think