The pro-Jehadi organization Popular Front of India (PFI), banned recently by the government for terrorist links and spreading communal hatred, has a “well-structured and organized” presence in the Gulf countries for raising and mobilizing funds, the ED said Monday after a trial court in Delhi took cognizance of its latest charge sheet filed against three PFI office bearers. The Enforcement Directorate (ED) has filed the prosecution complaint or charge sheet last week before a special Prevention of Money Laundering Act (PMLA) court in Patiala House.

The dossier was filed (on November 19) to press money laundering charges and begin a trial against Perwez Ahmad, Mohammad Ilias, and Abdul Muqueet who were arrested by it on September 22 following nationwide raids against the PFI the National Investigation Agency (NIA), Enforcement Directorate (ED) and various state police units. More than 100 persons who liked PFI were arrested by these agencies and many more were detained in a recent nationwide crackdown by National Investigation Agency (NIA). At present, the three are under judicial custody in Tihar Jail.

The ED, in a statement, said Ahmad was the president of the PFI Delhi unit and he “supervised the fundraising activities of PFI and managed its public relations.” “Md. Ilias, the general secretary of Delhi PFI, was active in the mobilization of funds for PFI and related organizations in the Delhi-NCR region. He also contested the Delhi Assembly elections of 2020 from Karawal Nagar as a Social Democratic Party of India (SDPI) candidate.”

“Both Perwez Ahmad and Md. Ilias was arrested by Delhi Police in the case related to the North East Delhi riots of February 2020,” the ED said. Abdul Muqeet, it said, was the office secretary of Delhi PFI and was also “actively” involved in the fundraising activities of PFI and in the preparation of “bogus” cash donation slips, the ED said.

“PFI generated proceeds of crime, both in India and abroad, by way of criminal conspiracy (an offence under section 120B of IPC), in active collusion with its associated individuals and entities as a part of a larger conspiracy to raise funds for its unlawful and anti-national activities, prejudicial to the unity, integrity, and security of the state.

“Proceeds of crime mobilized and remitted in the form of cash have been deposited in PFI’s bank accounts by falsely projecting them as cash donations from its sympathizers/ members,” the agency said.

Such cash has also been deposited by PFI leaders in the bank accounts of individuals and immediately thereafter equivalent amounts of funds have been transferred from their bank accounts to PFI’s bank accounts so as to project them as legitimate, said the anti-money laundering probe agency.

“PFI has a well-structured and organized presence in the Gulf countries for raising and mobilizing funds as part of criminal conspiracy,” the ED further said. “These foreign funds are not directly deposited in the accounts of PFI, rather they are clandestinely routed to India through underground and illegal channels or sent to India in the guise of foreign remittances into the bank accounts of sympathizers/ office bearers/ members and their relatives/ associates held in India and thereafter transferred to PFI’s bank accounts,” the ED said.

This kind of “layering and circuitous routing” is done to conceal the foreign origin and trail of the proceeds of crime, it said. The ED said the three arrested persons named above were an “integral” part of this conspiracy along with other office-bearers and members of the PFI and played key roles in the façade of bogus cash donations by way of which proceeds of crime were concealed, possessed and projected as untainted money.

In March 2022, the ED found that PFI routed money from an Abu Dhabi-based hotel Darbar Restaurant to create communal tension in Uttar Pradesh. The hotel is owned by Asharaf M K alias Ashraf Khadir from Kerala, who is also an active PFI member engaged in covert operations through his UAE-based firms. ED had chargesheeted the hotel owner Ashraf M K along with Abdul Razaq Peediyakkal alias Abdul Razak BP in routing money to Uttar Pradesh for creating communal and Jehadi operations.

ED filed the charge sheet in Lucknow court and both accused Asharaf and Abdul Razak are currently in prison for the past few months, after agencies caught them while trying to leave India. It must be noted that Abu Dhabi’s Darbar Restaurant owner Ashraf was PFI’s Eranakulam District President and was accused (later acquitted) in the horrific case of mid-2010 in Kerala for chopping the hand of a College Professor Joseph. The Jehadi organization accused the Professor of putting an “anti-Islamic” question for a College exam. ED has mentioned this in the latest charge sheet also.[1] 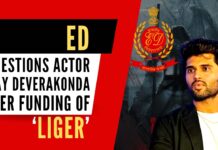 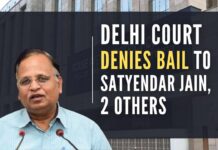 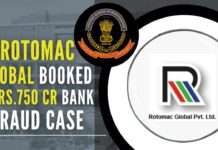