In a major jolt to China, Philippines set to buy BrahMos from India

The Philippines is set to become the first country to get the BrahMos cruise missile system jointly developed by India and Russia.

The government in Manila has recently allocated 2.8 billion pesos ($55.5 million) for initial funding for the weapon system.

The Philippines is also one of the countries which are facing the aggression of China. Now with the approval to buy the world’s fastest cruise missile BrahMos from India, many more countries of this region can sign similar agreements with India.

This move is sure to upset China. The Chinese aggressions are a major cause of concern for South Asian countries.

Vietnam is also said to be interested in signing an agreement for the BrahMos missile with India. Negotiations are going on between both countries regarding this missile deal. Several countries including Indonesia and several Gulf countries have shown interest in purchasing the missile.

Earlier, in March 2021, India and the Philippines signed an “implementing arrangement” to facilitate government-to-government deals on military hardware and equipment, including the BrahMos missile, which has a range of 290 km and can carry a 200-kg warhead.

The US journalist Derek Grossman had tweeted, “It’s official, the Philippines is getting India’s BrahMos. China won’t be pleased!”

It’s official, the Philippines is getting India’s BrahMos. China won’t be pleased! pic.twitter.com/t7evSjq7N3 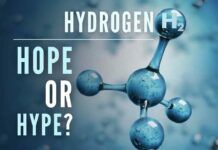