President of India Pranab Mukherjee could find himself in the dock over charges of facilitating the appointment of his granddaughter Suchismita Mukherjee with a corporate group in London on lucrative wages and also for lobbying for a job for another person with the same company.

Leveling this sensational charge in an affidavit, eminent lawyer Kamini Jaiswal, General Secretary of the General Secretary of Centre for Public Interest Litigation, urged the Supreme Court on Monday to appoint a special investigation team (SIT) to probe corporate-political nexus in influencing the government policy formulations.

“This petition has sought a court-monitored investigation by an SIT or the CBI into the high level of political-bureaucratic-corporate nexus wherein corporates use their money power to change public policies, plant questions in Parliament, get access to internal government documents/cabinet papers, grant favours to politicians and bureaucrats for receiving benefits in return, and plant stories in news media. The basis of the petition is internal emails and documents from Essar Group of Companies which is one of India’s leading business conglomerate having multi-billion dollar investments in oil, steel, energy, ports, shipping, infrastructure and services sectors in India.”

The initial police investigation showed that the Essar group was linked to corporate espionage in a big way as persons arrested on February 20, 2015 in connection with stealing confidential government documents of energy and petroleum ministry confessed of having shared them with the Essar’ officials.

In his petition, the CPIL has also implicated top politicians and journalists as beneficiaries of the largess distributed by Essar group.

In case of President Pranab Mukherjee, the petition says that on September 28, 2013 Pradeep Gupta, the President’s secretary sent an email to himself, from his official account to his personal one. The email contained no text in the body, but there was a copy of a passport attached. The passport belonged to Suchismita Mukherjee, who is granddaughter of the President of India. On the same day, Gupta forwarded this email to Alok Chauhan, a corporate affairs executive at Essar. The same was forwarded by Mr. Chauhan to Mr. Sunil Bajaj of Essar on October 3,2013.

“An internal email exchange dated 03.10.2013 shows that Essar discussed and decided that Ms. Mukherjee be appointed as an intern for 1 year at their London office and after the said year she will be made permanent. It was discussed that her pay would be 30,000 pounds per year and in addition to that she would get other benefits. The above shows that the President of India asked for the appointment of his grand-daughter with Essar and Essar duly executed that favour by giving her a lucrative appointment,” the petitioner stated.

The petitioner has also alleged that Mukherjee put pressure on the Essar group to give employment to one Avijit Banerjee, who is the son of one of the President’s friends.

The petition says on October 11, 2012 Bajaj wrote an email with the subject Reg: Avijit Banerjee. It was marked “confidential” and of “high” importance. It read:

“I once again request you to process the same as I am having constant pressure from the Hon’ble President.”

The “same” in this case presumably referred to the resume of Banerjee, who, according to an email sent by Bajaj on September 10, 2012 had been “strongly recommended by the Hon’ble President Sh. Pranab Mukherjee.”

The petitioner has also pointed out that Bajaj himself identified the project in Kolkata, where the President desired to place him.

“Mr. Banerjee told the Caravan magazine that he was working with Essar and that he got the job because of Mr. Mukherjee’s recommendation who is his father’s friend. A copy of a story published on this by Caravan website on 10.06.2015 is annexed as Annexure P103 (Pg _______________). This shows the President of India, despite his high constitutional position, did not mind seeking petty favours from corporates like Essar,” the petition says. 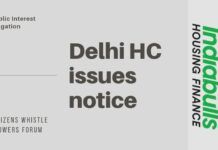 Delhi HC issues notice to Centre, RBI, SEBI and other agencies on the PIL against Indiabulls for huge money laundering 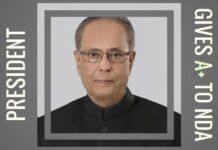