A twenty-two-year-old unheard Patel boy has suddenly become a serious threat to the state BJP government as hundreds of thousands of men and women, sepecially youngsters, gathered to listen to him in Ahmedabad on Tuesday.

His message was loud and clear: Give reservation to the Patel community in the category of other backward castes (OBC) or face the consequences in the 2016 assembly polls.

The face that the young leader addressed the rally in Hindi and talked about mobilizing Patels community and its related castes across the country shows his national ambition.

After the mega rally, one of the biggest rallies held in Gujarat in the recent times, the young leader proceeded don fast-unto-death and declared he would not end his agitation until chief minister Anandiben Patel visited him and accepted a memorandum from him.

However, difference cropped up in the leadership as a rival leader, Lalji Patel, held a separate press conference after the rally and opposed the demand to summon the chief minister at the site to receive the memorandum. However, he said he will continue to back the agitation.

The state government is caught in a bind. The Patels are socially and economically powerful community of Gujarat and if they are given benefit of reservation, other backward castes have warned of serious repercussions and threatened to uproot the BJP government. The Patels are also issuing the same threat if their demands are not met.

“If you do not give our right (reservation), we will snatch it. Whoever will talk of interest of Patels will rule over Patels,” Hardik Patel roared at the, huge assembly dubbed as “maha kranti rally.”

Warning the state government that he would turn his agitation into a political fight, the young leader said: “In 1985, we had uprooted Congress from Gujarat, today there is BJP. 2017 (state election year) is coming…Lotus will not bloom in the mud, it will never bloom. If you will talk about our interest then only we will nurture your lotus.”

Rejecting the Chief minister’s contention that Supreme Court order does not give her elbow room to increase the percentage of reservation to include the Patels, Hardik said:”Some parties say you do not know about Supreme Court guidelines (of 50% cap on reservations), this cannot happen. If SC can open at 3.30 in the morning for a terrorist, then why not for the youth the future of this nation?”

In a state where the Congress is a spent force and there is no leader in the opposition camp with any worthwhile following, the rise of Hardik Patel could give nightmares to the BJP. The turnout at his rally clearly showed that after departure of Narendra Modi from Gujarat, the BJP leadership there has lost a great deal of hold on the masses. For good measure, Hardik Patel seemed set to feel the vacuum and emerge as a serious challenger to the leadership in both the Opposition and ruling camp.

While threatening to take on the BJP government, Hardik Patel says his agitation so far is apolitical.

“We have elected representatives from Gujarat and we have sent representatives to the Center, they are not there just to make laws or to amend the Constitution. We have sent you to serve our community…We only need our rights,” he said. 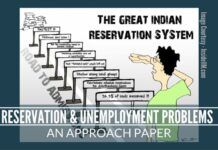 Is Trump ready to crack the whip against China?

5 attempts were made on Gandhi’s life – V Kalyanam, in...