India’s premier news agency Press Trust of India (PTI) has been mired in controversies for the past few years. This time the PTI staffers are up in arms against their own union leader M S Yadav. He was heading the PTI Federation for more than two decades as the General Secretary and now the union has expelled him for land grabbing. This was done at a Special Union meeting in August. According to staffers and many union leaders, Yadav sold the land in the name of the union to his son in a dubious way. In their complaint, the Union has detailed several instances of financial embezzlement by M S Yadav. Now Yadav is floating a new union in PTI, with the support of Chief Editor Vijay Joshi and Venky Venkatesh, accuse many union leaders of the PTI Federation.

How a plumber became a Senior Regional Engineer

According to journalists of PTI, Yadav is a big power centre in PTI and even meddles in transfers and posting of journalists. Due to his proximity with M K Razdan (father of controversial news anchor Nidhi Razdan), Yadav was ruling the roost. Otherwise how come a person who joined as plumber became a Senior Regional Engineer in PTI, getting Rs.1.5 lakh per month, they ask.

Journalists say Yadav was powerful enough to transfer Delhi Bureau Chief Ajay Kaul to Mumbai over some tussle by pressurising the Editor in Chief Vijay Joshi. According to staffers, Vijay Joshi who was caught for perjury by making false experience claims to Lok Sabha[1]. Speaker Sumitra Mahajan showed mercy to Vijay Joshi and let him off after withholding the Permanent pass.  After this incident Vijay Joshi was seen as a weak and pliable person, accuse the staffers, citing that he can’t even control a person like Yadav.

They also cite that Vijay Joshi kept criminal silence when a noted lady anchor from business channel filed a complaint against PTI’s Business Bureau head  Amar Zaidi charging him of sexual abuse. Her complaint to Press Council of India was forwarded to PTI and Joshi took a protective stand, staffers say. They allege that it was Zaidi who helped Joshi from actions from Lok Sabha for perjury of false claims on experience.

Coming back to Yadav, many staffers say Yadav attained the age of 60 in 2014 and still continues to be in the organisation with a false date of birth and obtaining extensions from Vijay Joshi and CEO Venky Venkatesh. According to staffers, it was Razdan helped him to change his date of birth. Razdan has created many monsters in PTI and still continues to wield power through the Board of Directors in PTI. 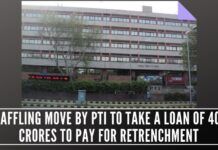 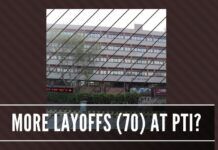 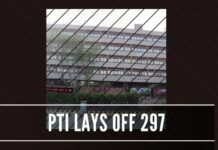