Punjab – a big heart and a lot of drugs. Some blame the Badals, some the Border Security Force (BSF), some the Punjab police, some the economy, and some the Union Government. The Tabloids and the Op-eds are flush with moving accounts of numerous families getting destroyed as a result of the drug crisis. It is widely believed that the nation has lost an entire generation of young Punjabis who fell prey to various forms of addiction causing substances. If ignored, the situation will only but degenerate. And it is only a matter of time before the crisis metastasizes throughout India.

Unfortunately, there are no accurate figures available for deaths that occur on account of drug abuse

The Congress President Rahul Gandhi once attacked the Shiromani Akali Dal (SAD) – Bhartiya Janata Party (BJP) government for letting 70% of youngsters become addicts. To his credit, there were plentiful allegations of corruption and connivance against some SAD leaders like Bikram Singh Majithia and other high ranking public officials.

In response, SAD’s Harsimrat Kaur Badal blamed the neighbouring state of Rajasthan where cultivation of some narcotics is legal and that Rajasthan state receives revenues by giving pertinent licenses. SAD’s Sukhbir Singh Badal famously offered to compensate all the neighbouring states for their loss in revenue arising from a ban on the legal cultivation of narcotics.

SAD also blamed the BSF for failure to prevent illegal supply from Pakistan. In January 2015, the SAD leaders organized a dharna near the International Border demanding greater vigilance against cross-border narcotics supply. They also appealed to the Union Government to provide funds to erect a smart fence with Pakistan so as to limit supply originating from Afghanistan. To their credit, it is a fact that geopolitically speaking, Punjab shares a very vulnerable border (553 Km) with our belligerent and adventurous neighbour – Pakistan. The borders at Gujarat and Rajasthan largely have long stretches of desert on either side, making it easy to spot smugglers. And the border in Jammu and Kashmir (J&K) is either heavily guarded or is just too inhospitable even for illegal operations. Of course, J&K has its own issues with narcotics and extremism which we will not discuss in this article.

There are estimates which suggest that two-thirds of Punjab’s households have at least one drug addict in the family. Unfortunately, there are no accurate figures available for deaths that occur on account of drug abuse. A lot of addicts abstain from seeking help due to fear of the law and the fear of stigma. Due to this, not all fatal drug accident cases go through autopsy where an official cause of death can be ascertained.

Also, women are underrepresented in the majority of the polls and studies for the drug crisis. Typically, women are less likely to become victims due to fear of social proscription and for the fact that they tend to spend most of their time inside the house, preventing them from getting exposed to street peddlers. Unfortunately, this also means that addict women are less likely to enrol in rehabilitation programs since they rely on the male members of the family for financial assistance. If addict women are outlawed, they are at a higher risk for sexual abuse in exchange for clinical help and financial assistance.

Unfortunately, by the 2017 Punjab Assembly elections, we had witnessed enough name-calling and finger-pointing for this crisis in the preceding years to the extent that it ended up becoming a major election issue

Men between ages 18-40 seem to be the worst hit. And some blame the economy for that. With agriculture stagnating and unemployment rising, the younger generation tends to look for novel and diabolical ways to make easy money. Also, famous for producing many a macho-men, the young Punjabis certainly once took pride in their newfound swag – Chitta, Teeka, Heroin. Peer pressure and pop-culture have penetrated deep into the Punjabi mindset. The same pride also led them to a hysteric denial of the crisis for long. Even in the later phases of the 2017 Punjab election, fighting for a lost cause, gasping for their breadth, the SAD cried foul. They reprimanded the Congress for trying to malign the Punjabis by blowing the crisis out of proportion. Even then, SAD, to their own decadence, were propagating utter denial of the crisis.

For a state known for being a leader in per-capita alcohol consumption; the population of which is known for undertaking high-stress jobs like farming, transportation, and armed forces; and who shares a long border with Pakistan, we certainly ignored the burgeoning crisis for far too long. We should have seen this coming long ago. It is a shame that youngsters from a state, traditionally known for their valour in the armed forces, find themselves in rehabilitation centres today and can no longer pass the drug-tests to even qualify for the armed forces.

Unfortunately, by the 2017 Punjab Assembly elections, we had witnessed enough name-calling and finger-pointing for this crisis in the preceding years to the extent that it ended up becoming a major election issue. But we must realize, the moment we try to establish an epicentre to the crisis, we will inadvertently resort to finding scapegoats in political parties, or security forces, or the economy, or whosoever for that matter. This crisis cannot be looked at in isolation.

But one man rose to the occasion, and the citizens showed faith in him – Captain Amarinder Singh. With a weakening SAD-BJP government in his favour, Capt. Singh won the elections. And where did the man with a plan take us? 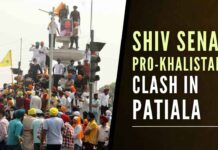 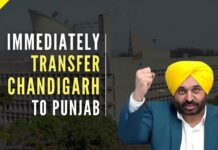