He blamed the Communists for driving away industrialists and causing strikes.

“A businessman takes crores of rupees as loans to sustain an industry and creates jobs. Instead of looking at that, they (Communists) make him feel ashamed and embarrassed to the extent that he has to run away.

“Not only that, every now and then there is strike. Why? Because the guy is an industrialist, hence an exploiter,” he said.

Asserting that the psyche against industrialists was far from the truth, the spiritual leader called upon the industry and the government to work together for the development of the society.

“This psyche is far from the truth. We need to turn this around and that can happen only when the media, faith-based organisations, the industry and the government work together,” he added. 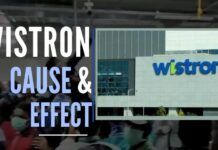