[dropcap color=”#008040″ boxed=”yes” boxed_radius=”8px” class=”” id=””]T[/dropcap]he gold monetization scheme will be launched in the coming weeks, Prime Minister Narendra Modi announced on Sunday. “We have brought gold monetization scheme and will launch it in the coming weeks before Diwali and Dhanteras, when gold is particularly sought after,” Modi said in his monthly radio programme of “Mann Ki Baat”.

“Gold can be converted from dead money to an economic force. To leave gold lying as dead money is behaviour not in sync with the modern times,” he said.

Noting that accumulating gold as a form of economic security is deeply rooted in India’s social tradition, Modi exhorted people to help convert gold to the nation’s economic strength by joining in various schemes to be launched soon.

[dropcap color=”#008040″ boxed=”yes” boxed_radius=”8px” class=”” id=””]E[/dropcap]arlier in the week, the Reserve Bank of India issued norms for implementation of the gold monetization scheme, under which customers can deposit their gold in banks and earn interest on it. The minimum deposit required will be 30 grams of gold with fineness measuring 995. It could include raw gold in the forms of bars, coins and jewellery, excluding stones and other metals. On maturity, the principal and interest will be linked to the prevailing price of gold at the time. The depositor will have the option to take gold or equivalent rupees.

The objective of the scheme is to mobilise gold, give a fillip to the gems and jewellery sector by making the metal available from banks on loan and reduce the reliance on imported gold.

The scheme was first announced in the 2015-16 budget by Finance Minister Arun Jaitley, to help monetise gold worth nearly Rs.60 lakh crore held by households and institutions.

[dropcap color=”#008040″ boxed=”yes” boxed_radius=”8px” class=”” id=””]M[/dropcap]odi also mentioned the sovereign gold bond scheme, wherein at the time of selling, customers can earn returns according to the current price of gold. Paper gold will eliminate the need to buy physical gold for investment, bringing down the need to safeguard it, the prime minister said. He also said 5- and 10-gram gold coins engraved with the Ashoka Chakra symbol, and 20-gram bullion coins will be issued. 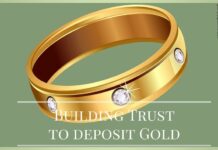 How Govt. can encourage citizens to trust their Govt. with their Gold 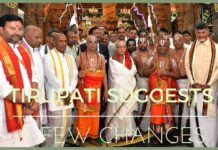