While the political tsunami Agusta is hitting all levels of Indian politicians and Air Force officials, a key official of India is perhaps hiding his head like an ostrich, hoping it would miss him. That would be India’s Comptroller and Auditor General Shashi Kant Sharma. In page 9 of the Italian appeal court judgment(see the picture below), there is a seized document (a hand written note) from middlemen on how to share the bribe to the key people – Air Force officials, Bureaucrats in Ministry of Defence and to Sonia Gandhi’s Political Secretary Ahmed Patel (mentioned as AP). This crucial handwritten note was written by the main middleman, currently a fugitive, Christian Michel in March 2008. In the bureaucrats section of the above list, there is a name mentioned as DG (Acq) – meaning Director General (Acquisition). In those days, this key post in the Ministry of Defence was held by the current Comptroller and Auditor General (CAG) Shashi Kant Sharma.

Sharma belongs to the 1976 batch of Indian Administrative Service (Bihar Cadre) and landed in the Ministry of Defence in the middle of 2003 as Joint Secretary (Air). He was the person who initiated this controversial Agusta Westland VVIP purchase and he became DG (Acquisition) in the middle of 2007. He was at this crucial post till 2010 and became Defence Secretary from March 2011 to May 2013.

In the 10 years that Sharma was in the Ministry of Defence, he held key positions and eyebrows were raised when the UPA Government in May 2013 made him the CAG. It was a very unusual move – a Defence Secretary does not get appointed as CAG, as the apex auditor’s major work of auditing is the biggest expenditure department, which is Defence. It is as if you are asked to sit in judgment over your own case where you are the accused.

After serving in the Defence Ministry for 10 long years and now as Country’s Apex auditor – all of a sudden he is auditing the expenditure approved by him for the past 10 years! What an awkward and morally questionable decision by the UPA Government! Was it looking for a pliable guy, as it was fed up with the then outgoing CAG Vinod Rai?

After the Italian Judgment has endorsed this bribe list by incorporating it, Indian agencies have to question each and every person mentioned. This puts the probe agencies in a dilemma as Sharma is now a CAG, which is a Constitutional post. In the interest of justice at least probe agencies have to go to him and take his version.

In the bribe sharing list prepared by middlemen in 2008, there is another key post that is mentioned – JS (Air). After Sharma, during this period, this crucial post was handled by R K Ghosh. This officer is from the IA & AS Service who donned this post from the middle of September 2007 to 2012. It is well known in power circles that Sharma and Ghosh are very close.

As soon as SK Sharma became the CAG, one of the first things he did was to give a plum post to his close friend R K Ghosh by giving him a plum post abroad. From mid-2013 onwards, Ghosh was posted as Senior Auditing Officer in United Nations Head Quarters in New York for three years. This is a tax-free post and is a dream job of every government officer. Now Ghosh is back in his parent Department as Additional Deputy CAG.

UPA’s crucial purchases including Agusta and the aborted Rafale deals were negotiated by Sharma and Ghosh during their very long stint in the Ministry of Defence. Now the investigating officers who took statements from Air Force officials including the then Air Force Chief SP Tyagi are consulting legal brains of the country on the awkward situation of taking statements from CAG Sharma, who sits on a Constitutional post. 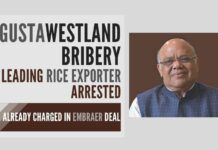 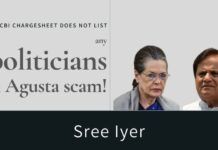