[dropcap color=”#008040″ boxed=”yes” boxed_radius=”8px” class=”” id=””]I[/dropcap]n another excellent example of voting against anything the President proposes, even if it is good for the country, the Congress voted against the DOL Fiduciary rule proposed by the Obama Administration today. Why was this rule put in place and how does it help the average Joe?

The bill was signed on April 6th. The reaction from the GOP-controlled Congress was swift. After one hour of debate, the House voted 234-183 in favor of the measure, that was offered under a law which allows Congress to stop regulations within 60 days of a final rule being released. No Republican voted against the resolution and it was not supported by any Democrat.

The White House on Wednesday signaled that President Barack Obama would veto the resolution.

The House vote shows that Republicans remain far from cobbling together the supermajority needed in both Senate and the House to override a veto. The Senate hasn’t yet acted on an identical resolution.

[dropcap color=”#008040″ boxed=”yes” boxed_radius=”8px” class=”” id=””]D[/dropcap]uring floor debate Thursday, Republicans claimed that the rule was too complex and costly and would make savers with small assets investment advice overly expensive. What they (conveniently) forget to mention is that the current Exchange Traded Funds (ETFs) are easily outperforming the actively managed Mutual Funds. The new DOL regulation forces the financial consultants to qualify to be a fiduciary advisor.

Several GOP members held up the bulky rule, which was bound by red tape.

Rep. Ann Wagner, R-Mo., called the regulation “Obamacare for retirement savings.” The Republican criticisms of the rule aligns to the regulation with business resistance. The U.S. Chamber of Commerce deemed Thursday’s activity one of its key votes of the year.

“When all it is possible to complain about is the size of the bill, you know you’ve got a feeble argument,” said Rep. Bobby Scott, D-Va., in response to GOP criticism of the rule.

Many Democrats expressed concerns about an earlier variant of the regulation introduced last year. But they seem to be happy with the alterations made in the final rule. 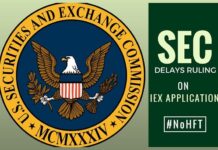 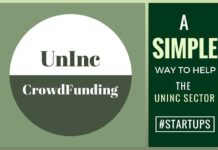