RSS set to spread its Shakhas in West Bengal

Rashtriya Swayamsevak Sangh (RSS) chief, Mohan Bhagwat has decided to soon take over the reins from the BJP and carry out an extensive expansion programme across the state of West Bengal.

During Bhagwat’s visit to the state a couple of days ago, the decision to reorganize the structural design at the grass-root level was taken.

As a part of the new organizational module, the RSS has decided to recruit nearly 1000 whole-timers to the party.

With the electoral defeat of the BJP in Bengal, internal rifts within the party have reached a flashpoint. Taking into consideration the political infights, the RSS no longer wants to depend on its political outfit.

“In the rural areas where there is a panchayat system one whole-timer or ‘Pracharak‘ will be recruited in each Gram Panchayat (Mandal). In the municipal and corporation areas there will be one whole-timer in each ward,” RSS spokesperson Biplab Roy said.

The roles and responsibilities of the Pracharaks are still not clear. A senior state leader of the RSS said, “There are some areas where we have worked extensively and there are some areas where we are yet to reach out to the people. In the places where we have a presence, the Pracharaks will work to strengthen the organization and in the places where we are yet to have a footmark, the Pracharaks will work as our representatives and implement the philosophy of the organization. People need to know us before they accept us.”

According to senior members of the party, the Sangh has a target to add around 700 more shakhas to its existing network of 1,900 shakhas in West Bengal by 2024. The decision is part of the discussions between members and Sarsanghchalak (chief) Mohan Bhagwat during his visit to the state.

The Sangh during its two-day ‘Chintan Programme‘ suggested that the younger members be assigned a two-year responsibility, and seniors take days off from work, as and when needed, for the campaign. “Sangh is not different from society and we need to sync with the social movement,” they added.

The Sangh has already carved out a new zone in March this year spreading its activities into three zones instead of two. It is expected that the Sangh will be spreading its network keeping in mind the Lok Sabha elections in 2024.

The decision to reorganize the organization in the state percolates out of an important organizational meet that took place in Dharwad in Karnataka this October.

RSS intends to work on highlighting the role of unsung heroes in the freedom struggle. Also, the institutions and places that played an important part in the freedom struggle will be brought out and presented before the people. Sangh members have also been instructed to initiate or encourage training that helps people earn a livelihood. 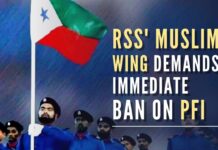 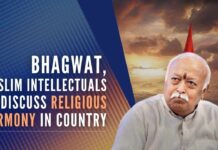