Uttar Pradesh government’s ambitious project, the Ganga Expressway, has got environmental clearance. The 594 km long Ganga Expressway will connect Bijauli village near Kharkhauda on NH-334 in Meerut district with Judapur Dandu village near Soraon on NH-19 in Prayagraj district.

According to a government spokesperson, the State Level Environment Impact Authority issued environmental clearance for the Ganga Expressway project.

The Ganga Expressway project was initially launched in 2007 by the former CM Mayawati, but work commenced only after Yogi Adityanath assumed office. The project aims to construct a 1,047 km access-controlled 8-lane wide expressway running along the Ganga river.

The clearance has paved the way for the construction of the longest expressway in the country, whose more than 90 Percent land acquisition work is complete. The tendering process for the 594-km Ganga Expressway project has already started.

The estimated cost of the project is Rs.36,230 crore. It will be built on PPP mode and tenders have been invited for design, build, finance, operate, and transfer.

“It will be a six-lane expressway, expandable to eight lanes. Work on land acquisition for the project is on and so far, we have acquired about 94 percent land. It is estimated that nearly 12,000 people will get temporary employment during the construction of the project while another 1,000 people will get employment during the construction of toll plazas on this stretch,” said a government spokesperson.

The Yogi-led government has also announced the development of various food processing industries and Special Economic Zones (SEZ) along the stretch, which in turn would pave the way for residential growth.

The Ganga Expressway would assure improved connectivity to the various pilgrim and tourist spots of the country such as Uttarakhand, Varanasi, Prayagraj, and Agra, as the proposed expressway would connect to Agra Expressway at Kannauj. The boost to the social and commercial infrastructure and the tourism sector would create a domino effect on the other sectors in the areas and might trigger holistic growth in the markets mentioned above. 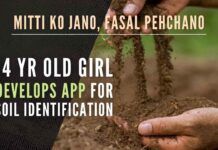 ‘Mitti ko jano, fasal pehchano’ AI-based project of a UP girl gets recognition amongst top 20 in the country 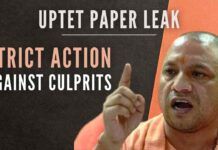