Just what went wrong for the BJP in the two constituencies which it had won with massive margins in 2014?

Only a couple of weeks ago, the Bharatiya Janata Party was celebrating its historic victory in the enemy bastion of Tripura. Now, it is nursing a deep wound caused by defeat in its own bastion of Uttar Pradesh. The party not just lost two Lok Sabha seats in a by-election but the seats that it surrendered happened to have been previously held by no less than Chief Minister Yogi Adityanath and Deputy Chief Minister Keshav Prasad Maurya. The results have come as a rude wake-up call for the BJP, and it’s good that the party has accepted its shortcomings that led to the humiliation. In doing so, it has been unlike the Congress which has explained away every loss — and there have been many in recent years — through frivolous reasoning and with lack of acknowledgement of the actual causes.

Just what went wrong for the BJP in the two constituencies which it had won with massive margins in 2014? The party will no doubt be doing a detailed analysis of the defeat, but certain explanations come readily to mind. The first is that the BJP appeared to have taken both Phulpur and Gorakhpur constituencies for granted. Yogi Adityanath had won from the latter five times in a row, and Maurya had broken the charm of the Samajwadi Party and the Bahujan Samaj Party in Phulpur. Going by the lackadaisical manner in which the State leadership approached the elections, which became evident to this columnist when he toured the constituency a few days before polling, it seemed that the BJP seemed unaware of any impending challenge to its hegemony. This was indeed very un-BJP-like, given that the party considers every electoral fight as a do-or-die one.

The victory of Keshav Prasad Maurya in Phulpur in 2014 is entirely attributable to the Modi wave.

The second reason is the alliance that was struck rather suddenly between the Samajwadi Party and the Bahujan Samaj Party. The BJP ought to have reworked its strategy after Mayawati announced her support to the SP candidate. It apparently did not, perhaps under the impression that the combination would be unworkable given the bitterness the two parties shared. It also must have believed that the BSP’s votes would not get transferred to the SP candidate in significant numbers. In other words, the BJP fought the elections by discounting the tacit alliance and paid the price for complacency.

The third reason is the low voter turnout. It was less than 45 percent in Gorakhpur and under 40 percent in Phulpur. Even as the breakup of the voting pattern has yet to emerge at the time of writing, it is evident that the SP and the BSP did a better job in getting their voters to the polling booths. It is a matter of record that even in past instances when voter turnouts were relatively low, the larger segment of voters usually came from the Scheduled Castes and the minority communities. The SP and the BSP gleefully tapped on the low vote percentages.

The fourth explanation for the BJP’s defeat is the choice of candidates. It fielded an ‘outsider’ in Phulpur, whereas the buzz is that the Gorakhpur candidate had not found favour with Yogi Adityanath. The party had thought that the Chief Minister’s influence would see both the candidates through. That, we now know, did not. It must be remembered that Keshav Prasad Maurya was not particularly popular in Phulpur, and his victory in 2014 is entirely attributable to the Modi wave. In more than three years that he was a Member of Parliament from the constituency, he failed to convert the windfall gain for himself and for the party.

It is unimaginable that Mayawati will accept Akhilesh Yadav as the supreme leader.

The Gorakhpur debacle, however, does not follow that pattern. Yogi Adityanath has been enormously popular in the constituency, having been an MP for five consecutive terms. He draws strength from both his aggressive/no-nonsense-leader image as well the influence his religious order, the Nath Sampradaya, wields in the region. In fact, he heads the much revered Gorakhnath Mutt, which has successfully reached to all sections of society. However, with the BSP throwing its weight behind the SP candidate, Mayawati’s voters ditched the Yogi and the Mutt too.

Will this tentative and yet successful experiment embolden the BSP and the SP to bury the decades-old hatchet and fight as one in the 2019 Lok Sabha election? It is too early to say because one swallow does not a summer make. Once celebrations die down in their camps, the issue of a leader for any possible alliance will rear its head. It is unimaginable that Mayawati will accept Akhilesh Yadav as the supreme leader of any such coalition; the reverse would be true as well. Besides, a full-fledged Lok Sabha election will be very different from a by-election. Narendra Modi, the person whose fear got Mayawati and Akhilesh Yadav together, will then be in full flow. And voters don’t necessarily think the same way in two different circumstances. 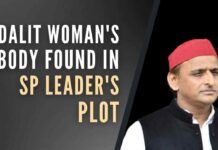