In continuation of my post on VCPL and the art of Time Management, I had written how the shell company cleverly waited till the Securities Appellate Tribunal (SAT) lost its judicial member to retirement and thereby lost quorum before appealing[1]. This is in regards to the Securities Exchange Board of India (SEBI) determination that VCPL is indeed the real owner of New Delhi Television (NDTV) and that it should make a public offer to acquire shares of NDTV within 45 days[2].

In my previous post, I had written about the need for SEBI to keep in mind that its primary obligation is to the shareholders and that it represents the shareholders’ interests. 10 years is a long time to suffer. End this here and now. Both SEBI and SAT should set a precedent that under the new regime of Prime Minister Modi, corporate sector and others can’t play games with public shareholders (capital). Time to ensure that irrespective of who you are in the Corporate world, law will prevail and one can’t get away with financial fraud and scams.

Why did SAT hear on August 8?

Given the charter of SAT, no orders or decisions can be taken by a single member. All he can do is hear matters and continue proceedings. In fact, the Supreme Court has passed many judgments on functioning of Tribunals that uphold this position.

What happened on August 13?

Instead of at least stating their position and asking the SAT to make VCPL start making payments to the shareholders, SEBI sought more time to file a reply. More time for what? They have already made a determination and the long suffering shareholders (40,000 of them) could start seeing some payments while the Government constitutes the judiciary member on the SAT panel. Instead the lone member of SAT, Dr. C K G Nair, asked for the matter to be listed on September 14th. Another day, another delay.

If I am not wrong, the appointment needs to be done by the Finance Ministry, which incidentally is being ministered by more than one individual (maybe the Prime Minister (PM) can clarify who the real Finance Minister is). The Ministry knew for years of the impending vacancy and has not yet acted. I urge the PM to alleviate the suffering of 40,000 shareholders who have been waiting for close to ten years and have an honest retired judge to become the Presiding officer at the SAT at the earliest.

On August 13th, the complainant and minority shareholder on whose complaint of 2015 SEBI had taken action and passed the June 26th order, approached the SAT for becoming an intervenor. This is critical as the SEBI order was perverse and had overlooked substantial facts that clearly helped the Reliance Industries Limited (RIL) Group and NDTV promoters in getting away lightly. But to the surprise of all, the lone member of the SAT once again exceeded his constitutional powers and on his own passed an order restraining SEBI from coercive action, i. e. implementing the order.

Further, the minority shareholder was not heard and matter adjourned to September 14th to decide whether the shareholder even has a voice and a locus or legal grounds to intervene and bring true facts before SAT. This is after SEBI in an affidavit in Delhi HC has stated in December 2016 that this whole issue was initiated because of the specific shareholders complaint and information provided. In fact, after repeated prayers to SEBI and in the HC, the shareholder has not even been given a hearing by SEBI on the matter.

What are the amounts involved?

According to my back-of-the-envelope calculations, VCPL was required to pay about Rs.400 per share to 1.30 crore shares, for a total of Rs.500 crores. The interest amount is approximately 100% of the then share price of Rs.214. This works out to approximately 1.30 crores times 200 or Rs.260 crores. Why has SEBI not sought an escrow on this?

There is most likely going to be a penalty also of close to Rs.200 crores on the Roys for various omissions such as Fraudulent Trades and Nondisclosure of material unpublished price sensitive information etc. In fact, it’s surprising as to why SEBI is holding back these orders against Roys. As per my information, show cause notices have already been issued a long time back. Figure 1 shows the amounts involved thus far:

What the government needs to do

Copies of the SAT orders on August 13 are provided below: 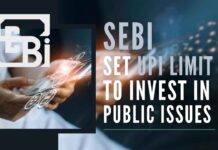