Finance Minister Nirmala Sitharaman on Monday gave an ultimatum to Infosys CEO Salil Parekh to rectify the Income Tax portal by September 15. According to senior officials, the finance minister conveyed the government’s “deep disappointment and concern” over the continuing glitches in the new income tax filing portal and set September 15 as the deadline for the software major to resolve all snags.

Earlier the finance minister came out publicly two months ago, against the snags in the new portal created by Infosys after bagging a contract of more than Rs.4,200 crore. On Monday the CEO of Infosys was summoned by Finance Ministry.[1]

Nirmala Sitharaman conveyed “the deep disappointment and concerns of the government and the taxpayers” about the continuing glitches in the e-filing portal.

A statement issued by the Income Tax Department said that during the meeting the finance minister emphasized that there is a need for putting in more resources and efforts on the part of Infosys so that the much-delayed delivery of agreed services is ensured. “Hon’ble Finance Minister demanded that the issues faced by taxpayers on current functionalities of the portal should be resolved by the team by 15th September 2021 so that taxpayers and professionals can work seamlessly on the portal,” the I-T department said in a statement after the meeting.

Sitharaman conveyed “the deep disappointment and concerns of the government and the taxpayers” about the continuing glitches in the e-filing portal. “She sought an explanation from Infosys for the repeated issues faced by taxpayers,” it added. During the meeting, Parekh was also sensitized to the difficulties that the taxpayers were facing and the problems that are arising on account of the delays in the functioning of the portal.

“Parekh explained that he and his team are doing everything to ensure the smooth functioning of the portal. Further, he said, over 750 team members are working on this project and Pravin Rao, COO of Infosys, is personally overseeing this project. He also assured that Infosys is working expeditiously to ensure a glitch-free experience to the taxpayers on the portal,” the statement added.

The new Income Tax portal, which went live on June 7, was not accessible on August 21 and 22 till late evening. It came back after what the tech major described as “emergency maintenance“. Complaints galore on the non-user-friendly nature of the portal operated by Infosys. Millions of users and Chartered Accountants were expressing displeasure on the new portal. Already Infosys operated GST portal and MCA portal are facing a lot of troubles and millions of users expressing pain on the working of these non-user-friendly portals.

Infosys was awarded the Rs.4,242 crore contract in 2019 to develop the new portal. The project was aimed at developing the next-generation income tax filing system to reduce processing time for returns from 63 days to one day and also expedite refunds. Recently former Chief Income Tax Commissioner D P Kar accused former Revenue Secretary A B Pandey of dubiously allotting this big contract to Infosys. Kar accused Pandey of entering into a clandestine deal with Infosys Chairman Nandan Nilekani.[2]

PHDCCI Chair Direct Tax Committee Mukul Bagla said India has around 7 crore persons or entities who file their income tax returns. Due to glitches in the income tax portal, their day-to-day functioning has been adversely affected since June 7. Taxpayers are unable to download documents filed earlier with the income tax department or file their income tax returns for the assessment year 2021-22 if they opt for new rates u/s 115BAC. The assessee is not able to file returns pursuant to notice u/s 148, file reply to penalty proceedings, etc. Many other important tax functions have been affected, he said.

“In the absence of a fully functional income tax portal, either we suspend all income tax proceedings till it is functional and further extend due dates of filing ITR, otherwise the life of the taxpayer as well as the tax professional is very miserable,” Bagla added. 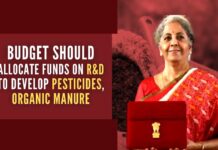 What ails the global markets?