Some people attain greatness at a very young age. Some people get recognition after they become old. Some eccentric brilliant minds take ages before their thoughts and postulates get decoded by people four or five generations after them.

Few people have walked on this earth who have broken the stereotype of academic education is equivalent to intelligence.

Some special men have left hallmarks of their greatness by being unique and different from other contemporary beings.

In 2001, a movie was made on the great American mathematician and Noble laureate, John Forbes Nash Jr. titled “A Beautiful Mind”.

In 2014, another movie was made on the great British mathematician, Alan Turing titled “Imitation Game”.

But in 2015, another movie was released, a movie that should be dearer to us, than the aforementioned ones, about a great mathematical genius of all time, titled “A man who knew infinity” made on the life history of our very own Srinivasa Ramanujan.

Great men tend to share similarities if one cares to look closely. Bhagavathpada Adishankara, Swami Vivekananda, Subramania Bharathi, and Srinivasa Ramanujan, lived for a very short span of time on this world, but the impact that they left behind through their work will remain to touch human lives for times to come.

Persistence under penury can be a characteristic of people who strive to attain perfection in their area of profession. Srinivasa Ramanujan should be hailed as a “mathemagician” who was not recognized during his lifetime for want of western accolades to be considered in the league of extraordinary gentlemen in the field of mathematics.

He is considered to be a mathematician par excellence only to be compared with greats like Euler and Jacobi. For all his informal education, he became the first Indian to be elected a fellow of Trinity College, Cambridge, and only the second Indian member. He also became one of the youngest fellow of the Royal society.

Just mere comments about “Simple Properties” and “Simple Outputs” seem to be profound. He individually compiled an astounding 3900 results such as Ramanujan Prime, Ramanujan theta functions, and mock theta functions, most of his postulates or hypothesis are now found correct almost after a century of his existence. He credited his findings to the divine intervention that didn’t allow him to stop himself from expressing his ideas even though it didn’t find any takers during those days.

The famous Ramanuja number 1729, now fondly known as the “taxicab number” is defined as the smallest integer that can be expressed as the sum of two positive integer cubes in distinct ways. Its also known as the Hardy-Ramanujan number because when hardy visited Ramanujan in Putney when Ramanujan was taken ill, he quoted the number and states that hope it doesn’t bring a bad omen for Ramanujan for which Ramanujan quipped that it is a very interesting number and proposed the postulate of taxicab number.

The state of Tamil Nadu celebrates Ramanuja’s birthday as “State IT Day”. International Centre for Theoretical Physics has constituted an award in Ramanujan’s name for young mathematicians from developing countries in cooperation with the International Mathematical Union, Which nominates members of the prize committee.

He lived as if the only objective of his life was mathematics. He was selfless, sometimes he can be considered as naive in his relationship with Hardy, he allowed Hardy to walk away with the credit, just because he never put his effort to win awards or accolades. till he left this world, it is considered that he kept writing notes on theorems. His passion for mathematics is unmatched so is his resolve to follow strict vegetarianism according to his tradition.

It would be an understatement to say that Srinivasa Ramanujan was neither understood by his contemporaries nor by the generations that followed. His pass time, work time even his life can be described in one word, mathematics! Any other normal human being might have lost their mind if they were much obsessed or dedicated to one subject or object. JK
JK is a business analyst with one of the leading IT firm, he is also an RJ for Western Music in AIR, Chennai. He worked as an English Newsreader for a regional channel in Chennai for a couple of years, he is also a host of Pgurus Tamil

Latest posts by JK (see all) 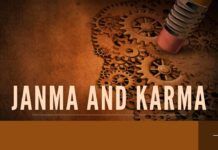 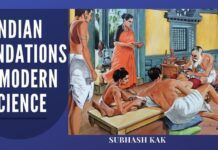 Dhoni and Srinivasan in reckoning again!!!