[dropcap color=”#008040″ boxed=”yes” boxed_radius=”8px” class=”” id=””]T[/dropcap]he most heartening feature of the landslide electoral victory of the National League for Democracy (NLD) in Myanmar is the maturity and statesman-like quality being displayed by its chairperson, Aung San Suu Kyi, who is now showing all potentiality to become a beacon of hope in south and southeast Asia.
At a time when wild jubilation is taking place all over Myanmar and accolades are being heaped on the Nobel laureate, the lady, as she is called in the length and breadth of Myanmar, has played her cards adroitly, knowing fully well that in spite of the massive numerical superiority in parliament she is hamstrung by the Myanmar army’s constitutional status.
That is the reason behind her overture to President Thein Sein and Senior General Min Aung Hlaing, the all powerful commander-in-chief of the army, for reconciliation talks. Both of them have accepted the offer. But, even if the army comes forward for talks it may put its foot down for accepting the 2008 constitution as the basis for all future negotiations.
[dropcap color=”#008040″ boxed=”yes” boxed_radius=”8px” class=”” id=””]E[/dropcap]xperience has however made Suu Kyi wiser and she has checkmated the army at the first round by declaring the results of the election in advance from her party headquarters as the counting progressed. Obviously the lady took lessons from what happened in 1990 when the military junta managed to maintain a lull even after the NLD had secured a massive majority at the end of the vote counting process and declared the annulment of the election within two days. At that time, the NLD committed a fatal mistake. It sat quietly for two months and allowed the army to snatch away power by using a quasi-military organization named the State Law and Order Restoration Council (SLORC).
Suu Kyi knows that she must neutralize the army if she wants to usher in democratic process and lift the poverty stricken Myanmar out of a morass. She knows that she cannot be the president under the existing constitution unless it is amended because she had a foreign spouse and two children with foreign nationality. Hence, her thunder that she would be above the president. But how this can be possible is difficult to guess. Either to achieve this or to become the president straightway she has to amend the constitution, which may be impossible for her given the fact that 25 percent of seats in parliament are reserved for the army. Seventy-five percent approval from parliament is necessary for amending the constitution.
However, the strategic position being enjoyed by the commander-in-chief is certain to emerge as the biggest stumbling block before Suu Kyi. The army chief appoints and controls the ministers of defence, home and border affairs. Therefore Su Kyi or anybody appointed by her as president will have no power over the country’s security order. Moreover the general has the right to approve presidential or vice-presidential candidates. He can veto any proposal to amend the constitution and take back power from any government at any time if he wishes. In a word, the army chief, and not any elected government, is the ultimate authority in Myanmar.
[dropcap color=”#008040″ boxed=”yes” boxed_radius=”8px” class=”” id=””]T[/dropcap]his may be the reason behind the Tatmadaw, as the Myanmar army is called, maintaining its poise and assuring that it will not stand in the way of transfer of power even in the face of such a massive defeat for the Union Solidarity and Development Party (USDP), the junta proxy, as the military top brass knows it very well that the army’s position is unassailable. But its slogan of “discipline flourishing democracy”, meaning primarily crushing of ethnic armed rebellions, has received a setback as the NLD has swept the election in ethnic minority dominated areas too, nearly obliterating the ethnicity-based political parties there.
But the army is now the most important political institution in Myanmar with firmly entrenched economic interests. It has made billions of dollars by indulging in trades of jades, natural gas and other national assets. This is what observers call the “Burmese way to capitalism”, leaving an adverse impact on the country’s economy. Foreign direct investment has increased in recent times but the kyat, the Myanmarese currency, has depreciated by 24 percent against the US dollar between April 2014 and September 2015.
Suu Kyi’s real test will be finding a solution to the long standing armed ethnic conflicts. By voting for the NLD en masse the ethnic minorities, consisting of about 40 percent of Myanmar’s total population, have entrusted Suu Kyi with a responsibility she may find it difficult to live up to. 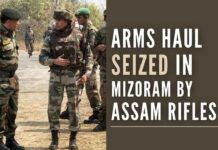