The Supreme Court on Friday extended the protection of the area where a ‘Shivling‘ was stated to be found at the Gyanvapi-Shringar Gauri complex premises in Varanasi, till further orders. A bench of Chief Justice D Y Chandrachud and Justices Surya Kant and P S Narasimha allowed the Hindu parties to move an application before the Varanasi District Judge for consolidation of all the lawsuits filed on the Gyanvapi row.

The apex court also directed the Hindu parties to file their replies within three weeks on the appeal filed by the management committee of the Anjuman Intezamia Masjid challenging the Allahabad High Court order on the appointment of a survey commissioner. Senior advocate Ranjit Kumar, appearing for Hindu plaintiffs, said the appeal filed by the mosque management committee has become infructuous as they had challenged the appointment of an advocate commissioner done by the trial court.

“They (mosque committee) have been participating in proceedings before the appointed commissioner, whose appointment they have challenged. Their application of Order 7 Rule 11 (maintainability of the suit) has been decided by the district judge, Varanasi on September 12,” he said.

Adv. Ranjit Kumar said that on May 17, this court had passed an interim order directing the district magistrate of Varanasi to ensure the protection of the area inside the Gyanvapi-Shringar Gauri complex where the ‘Shivling’ was stated to be found in the survey. “On May 20, the court had said that the May 17, interim order shall remain in operation till the maintainability of the suit is decided by the district judge and thereafter, for eight weeks to allow the aggrieved parties to approach a higher court,” Kumar said, adding that now that period of eight weeks is getting over and protection needs to be extended.

Senior advocate Huzefa Ahmadi, appearing for the mosque committee, said that the interlocutory application was served upon him late and they need to file a rebuttal to that as not all facts are correct.

“I need to rebut the statements made in the application filed by the other side and can’t just make offhand remarks. I have challenged the appointment of the advocate commissioner and the appeal is before this court. If I succeed in the appeal, entire things fall apart. I have made this submission earlier also,” Ahmadi said.

Advocate Vishnu Shankar Jain, appearing for Hindu parties who have filed the suit before the district judge seeking the right to worship in the Gyanvapi complex said that an application has been filed for consolidation of all the suits. The bench then asked Jain to withdraw the application and granted him liberty to move an application before the district judge of Varanasi for consolidation of all the lawsuits filed in Gyanvapi row.

Ahmadi pointed out that Hindu plaintiffs, who have filed the suit before the district judge have not filed their response to their appeal and it should be taken that they don’t wish to file their replies. Kumar assured the bench that they will file their replies in two to three weeks. The bench then passed the orders.

On September 12, the Varanasi District Court rejected the plea questioning the maintainability of a petition seeking permission for daily worship of Hindu deities whose idols are located on an outer wall of the Gyanvapi mosque. The court had ordered that it would continue to hear the petition seeking the right to worship deities on the outer wall of the mosque complex located close to the Kashi Vishwanath temple. The revision petition against the September 12 order filed by the mosque committee is pending before the Allahabad High Court.

On May 17, the top court passed an interim order directing the district magistrate of Varanasi to ensure the protection of the area inside the Gyanvapi-Shringar Gauri complex where the ‘Shivling’ was stated to be found in the survey. On May 20, the top court transferred a civil suit filed by Hindu devotees on the Gyanvapi mosque from the Civil Judge (senior division) to the District Judge of Varanasi, saying looking at the “complexities” and the “sensitivity” of the issue, it is better if a senior judicial officer with more than 25-30 years of experience handles the case. 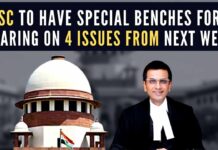 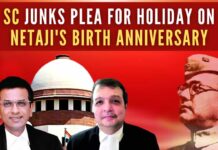 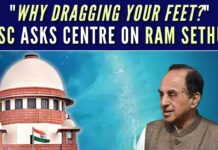