The Supreme Court on Monday issued notice to the Centre and the Election Commission (EC) on a PIL challenging the vires of Section 62(5) of the Representation of the People Act, 1951, which deprives prisoners of their right to vote.

A bench headed by Chief Justice U U Lalit and comprising Justices S Ravindra Bhat and Bela M Trivedi considered the submissions made by advocate Zoheb Hossain and sought a response from the Ministry of Home Affairs (MHA) and the poll panel.

The plea contended that the provision, uses the yardstick of confinement in a prison to disenfranchise persons and this, coupled with the use of excessively broad language, causes the provision to generate several anomalous and shocking consequences.

After hearing submissions, the top court scheduled the matter for further hearing on December 29.

The plea argued that due to the excessively broad language used by the provision, even those detained in civil prison are deprived of their right to vote. Thus, there is no reasonable classification based on the purpose of the imprisonment, it added.

“The impugned provision operates in the nature of a blanket ban, as it lacks any kind of reasonable classification based on the nature of the crime committed or the duration of the sentence imposed (unlike several other jurisdictions such as South Africa, United Kingdom, France, Germany, Greece, Canada, et al). This lack of classification is anathema to the fundamental right to equality under Article 14,” said the plea.

The plea sought a direction that Section 62(5) of the Representation of the People Act, 1951, as being ultra vires of the Constitution for being violative of the fundamental right to equality under Article 14 and the constitutional right to vote under Article 326, and therefore read it down to ensure conformity with the Constitution. It further sought direction from the Election Commission of India to take all necessary steps to give effect to the right to vote for prisoners.

The plea was filed in 2019 by Aditya Prasanna Bhattacharya, then a student of the National Law University, challenging the Constitutional validity of section 62(5) of the Act. Tripura polls: Over 43,000 security personnel to be deployed for Feb 16 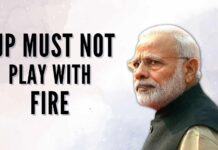