Former flamboyant Editor and ex-Union Minister of State, External Affairs, M J Akbar, who was caught in the #MeToo campaign has lost face on Wednesday in the Judgment given by Additional Chief Metropolitan Magistrate (ACMM) Ravindra Kumar Pandey, acquitting journalist Priya Ramani. Three years ago, when the MeToo movement was rocking across the world, in India around 16 lady journalists exposed M J Akbar’s sexual predator nature in the newsroom from the 1990s onwards. And ultimately Akbar who was then the Union Minister of State for External Affairs was forced to resign in October 2018 when allegations of journalists rocked the MSM.

It must be remembered none of the journalists filed criminal complaint except posting their experiences with Akbar. But after resigning from Cabinet, Akbar filed a defamation case against only one journalist Priya Ramani. Why Priya Ramani alone? Because Priya Ramani’s statement was the weakest and Akbar thought that he can fix her in defamation charges. But by February 17, 2021 Judgment of ACMM Ravindra Kumar Pandey collapsed Akbar’s plans. “However, the complainant (Akbar) selectively chooses the accused Priya Ramani and filed the case of criminal defamation only against her and not against the other women, some of whom even published regarding sexual harassment by the complainant against them prior to the publication of the accused.

The woman has a right to put her grievance at any platform of her choice and even after decades. It is shameful that the incidents of crime and violence against women are happening in the country where mega epics such as “Mahabarata” and “Ramayana” were written around the theme of respect for women.

“The Court also accepts the contention of the accused that complainant is not a man of stellar reputation on the basis of the testimony of accused DW1 and testimony of DW3 Ghazala Wahab. It cannot be ignored that most of the time, the offence of sexual harassment and sexual abuse committed behind closed doors or privately. Sometimes the victims herself does not understand what is happening to them or what is happening to them is wrong. Despite how well respected some persons are in society, they in their personal lives could show extreme cruelty to the females. The Court takes into consideration of the systematic abuse at the workplace due to lack of the mechanism to redress the grievance of sexual harassment at the time of the incident of sexual harassment against the accused Priya Ramani and witness Ghazala Wahab prior to the issuance of Vishaka Guidelines by Hon’ble Supreme Court of India and enactment of The Sexual Harassment of women at workplace (Prevention, Prohibition and Redressal) Act, 2013, or their option to not lodge the complaint of sexual harassment due to the social stigma attached with the sexual harassment of women.

“The time has come for our society to understand the sexual abuse and sexual­ harassment and its implications on victims. The society should understand that an abusive person is just like the rest of the other person and he too has family and friends. He can also be a well-respected person in the society. The victims of sexual abuse do not even speak a word about abuse for many years because sometimes she herself has no idea that she is a victim of abuse. The victim may keep believing that she is at fault and the victim may live with that shame for years or for decades. Most of the women who suffer abuse do not speak up about it or against it for the simple reason of “The Shame” or the social stigma attached to the sexual harassment and abuse. The sexual abuse, if committed against woman, takes away her dignity and self-confidence. The attack on the character of sex ­abuser or offender by a sex abuse victim is the reaction of self-defence after the mental trauma suffered by the victim regarding the shame attached to the crime committed against her. The woman cannot be punished for raising voice against the sex­ abuse on the pretext of criminal complaint of defamation as the right of reputation cannot be protected at the cost of the right of life and dignity of woman as guaranteed in Indian Constitution under Article 21 and right of equality before the law and equal protection of the law as guaranteed under Article 14 of the Constitution.

“The woman has a right to put her grievance at any platform of her choice and even after decades. It is shameful that the incidents of crime and violence against women are happening in the country where mega epics such as “Mahabarata” and “Ramayana” were written around the theme of respect for women. In “Valmiki Ramayan, the reference of great respect is found, when Prince Laxman was asked to describe princesses Sita, he answered that he remembers only her feet as he had never looked beyond that.” In the “Aranya Kand of Ramcharitmanas”, a reference to the noble tradition of protecting, respecting and promoting the dignity of women is found, and it refers to noble ‘Jatayu’ (the mythical bird) when witnessed the crime of abduction of princesses ‘Sita’, he came swiftly to protect princesses Sita and consequently his wings were cut down by Ravan, the abductor of the Sita. The noble word ‘Jatayu’ though was wounded and was dying, but he lived long enough to pass the information of abduction of princesses Sita to prince Ram and prince Laxman. Similarly, in “Sabha Parv of Mahabharta,” the reference is found about the appeal of queen Draupadi for justice to the Kuru Raj Sabha and she questioned the legality of her treatment of being dragged by Dushasana into the dice hall. The subtlety of the questions, asked in a situation of intense personal trauma, is indicative of her cerebral power and her ability to sharp and logical analysis. The Indian women are capable, pave the way for them to excel, they only require freedom and equality. The ‘glass ceiling’ will not prevent the Indian women as a road lock for their advancement in the society, if the equal opportunity and social protection be given to them.

Positive steps of the govt to empower women

“As per the Economic Survey Report of the year 2020­-2021 presented in the Parliament, the pan Indian works force participation rate of female in the productive age (15 to 59 years was 26.5% in the year 2018-­2019 as compared to 80.3% for male). It is suggested in the said report that in order to incentivise more women to join the workforce, apart from the investment in the institutional support and other areas, the safe work environment needs to be made. The Indian Parliament has enacted various laws for protection, welfare and for providing a safe environment to the women, such as The Immoral Traffic (Prevention Act) 1956, ‘The Indecent Representation of Women’ (Prohibition) Act, 1986, The Protection of Women from Domestic Violence Act, 2005, The Sexual Harassment of Women at Workplace (Prevention, Prohibition & Redressal) Act, 2013, Muslim Women (Protection of Right on Marriage) Act, 2019. The various schemes like Ujwala Yojna and Jan Dhan Yojna are the other positive steps of the government of India to empower women at the grass-root level,” said the Judgment rejecting Akbar’s defamation case.

The above important conclusion in the Judgment collapsed of Akbar’s attempt to silence the women who accused him of sexual abuse. The full Judgment can be accessed from Bar & Bench’s detailed report[1]. 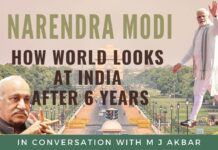 CBI and US agencies’ joint operations catches online fraudsters in US...