People who suspect that their mobile phones were targeted using Pegasus and are willing to cooperate with the investigation can now approach a Supreme Court-appointed committee probing the controversial Israeli spyware. In an advertisement in major newspapers, the retired Justice Raveendran-headed panel has asked the people to contact them by January 7.

The Pegasus scandal had triggered a controversy last year and the Israeli spyware was believed to have been used to target Opposition politicians, journalists, and Constitutional post-holders, among others. Among the suspected victims were Rahul Gandhi and several politicians including Cabinet Ministers, industrialists including Anil Ambani, and Judges like Justice Arun Mishra.

The panel has asked citizens who have “reasonable cause to suspect” that his or her mobile has been compromised due to “specific usage” of the NSO Group Israel’s Pegasus software to contact them. Those approaching the panel have been asked to provide “reasons as to why you believe your device may have been infected with Pegasus malware”. They should intimate whether they would be in a position to allow the technical committee to examine the device.” the committee said.

Such people who suspect her/ his device is infected should send an email to the panel at inquiry@pegasus-india-investigation.in before noon of January 7. “In case the committee feels your reasons for suspicion of the device being infected with the malware compel a further investigation, then the committee shall request you to allow examination of your device,” the committee said.

It also said the committee will give an acknowledgment for having received the device and also make and give the complainant a digital phone image. The collection point would be in New Delhi and the mobile phone would be delivered back on completion of the investigation.

The Supreme Court had constituted the expert panel to investigate whether the Centre used the Pegasus spyware to snoop on citizens, saying that the government cannot always get a “free pass” by raising the spectre of “national security“. The members of the panel were National Forensic Sciences University’s Dean Naveen Kumar Chaudhary, Amrita Vishwa Vidyapeetham’s Professor Prabaharan P, and IIT-Bombay Professor Ashwin Anil Gumaste.

The probe panel’s full advertisement is published below: 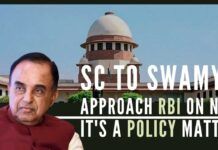 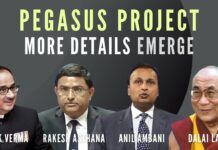