Clarifying that “there can’t be a complete ban on crackers” and allowing green crackers and low emission crackers subject to air quality decided by Pollution Control Boards, the Supreme Court on Monday set aside the Calcutta High Court order banning firecrackers during Kali Puja, Diwali and other festivals this year to check air pollution amid the COVID-19 pandemic. The special bench of justices A M Khanwilkar and Ajay Rastogi also observed that the State Government and State Pollution Control Board have to be heard in passing such orders, while quashing the High Court’s blanket ban on crackers on October 29.

The apex court also asked the West Bengal Government to explore the possibility to ensure that banned firecrackers and related items are not imported into the State at the entry point itself. “State and Pollution Control Board will have to be heard if any order is to be passed,” the vacation bench said during the hearing conducted through video-conferencing.

Meanwhile, Delhi High Court, while hearing on the ban on sale crackers in Delhi, told the petitioners to approach NGT or the Supreme Court which is already seized with the matter. “Please go to the Supreme Court. Supreme Court is already looking into the issue today. Seek a clarification. (High court is the) Wrong forum. Inform NGT. They are a specialized body,” said Justice Sanjeev Sachdeva.

The Tamil Nadu Government on Monday made it clear only green crackers will be allowed to be burst on Deepavali on November 4 in the State and announced time slots of two hours to light firecrackers in line with the Supreme Court directive. The Government also urged the citizens to avoid bursting of joined (serial) firecrackers “which create huge noise pollution”. “Only green crackers shall be used between 6 AM and 7 AM and from 7 PM to 8 PM on Deepavali,” a press release from the Environment, Climate Change and Forest Department of Tamil Nadu.

Arguing before the Supreme Court’s vacation bench, the petitioners said the Calcutta High Court’s October 29’s blanket ban order was “patently erroneous”. “The High Court failed to appreciate that green crackers with reduced emission by a minimum of 30 percent have been introduced in the local market. These are environment friendly,” said one of the pleas filed by the chairman of a West Bengal-based firecracker association and another such group.

One of the petitioners has said that they represent the interest of about seven lakh families who are involved in the process of manufacture and sale of fireworks and are involved in the fireworks industry in one manner or another. Another plea said if a blanket ban is imposed in this season on the sale and use of firecrackers in the state of West Bengal, sellers and manufacturers will have to suffer irreparable losses which may “lead to a complete shutdown of the firecracker industry altogether.”

On October 29, the apex court had said celebration cannot be at the cost of others’ health and clarified that while there is no total ban on the use of firecrackers, fireworks that contain Barium salts are prohibited. Warning that top officials at various levels “shall be held personally liable” for any lapses, the apex court had said it is unfortunate that despite various directions issued by it there is a blatant violation going on. CBI had filed a probe report to the Supreme Court showing major firecracker companies are illegally using prohibited Barium salts in the crackers. 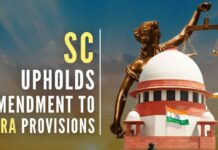 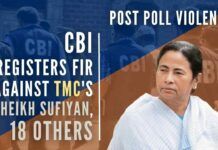