[dropcap color=”#008040″ boxed=”yes” boxed_radius=”8px” class=”” id=””]B[/dropcap]ritish Prime Minister David Cameron defended the Britain’s choice to reject EU tariffs that were higher on Chinese steel as the company secretary faced the anger of the workers of Tata Steel plant at Port Talbot. The workers were agitated that cut-price imports from China was undermining them. By inflicting a 46 percent import duty on a form of steel made by Tata in Wales morning, China increased tensions.

Cameron, on a visit to Washington, said on Friday that the Britain was right to block plans which he claimed would “rewrite not just the tariff rules on steel, but the whole tariff infrastructure of the EU”.

The Labour accused the authorities of neglecting to protect British workers from China’s “exceptionally competitive approach in this economical battle”.

[dropcap color=”#008040″ boxed=”yes” boxed_radius=”8px” class=”” id=””]A[/dropcap]rriving three days after the crisis broke, Javid urged the Indian giant to get on with selling the business, and said that it was due to the government’s interventions that Tata had quit from closing down the Port Talbot website overnight.

Before, talking to hundreds of Port Talbot workers outside conversations with trade union officials and Tata management, Javid stated that he expected there to be formal expressions of interest after the sale process officially launched and described steel as “certainly crucial to the future of British industrial sector”.

Javid said that the most pressing concern was for Tata to set out an offer “and to make sure that all potential buyers have all of the relevant information they’d need. You’d naturally expect them to want that early on… so they are able to complete that due diligence as quickly as you can,” he said.

[dropcap color=”#008040″ boxed=”yes” boxed_radius=”8px” class=”” id=””]H[/dropcap]e reiterated that nationalizing the Port Talbot steelworks was “not a feasible long-term solution” but said he would “work with prospective buyers and listen to exactly how we are able to help”.

But sources who met with the company secretary at Port Talbot told the Guardian that he had neglected to set out any possible measures the authorities could take, asserting that “commercial” sensitivities prevented him from releasing any details.

Stace also called to dismiss any state aid rules determined by the EU and deal with the effects in the aftermath.

[dropcap color=”#008040″ boxed=”yes” boxed_radius=”8px” class=”” id=””]H[/dropcap]e warned that Britain’s steel industry now risked being cut by two thirds and asserted that it was “unlikely” that Tata Steel would secure a buyer without urgent action from the government, including changing the EU rules desperately.

Cameron was joined by Javid in defending Britain’s conduct inside the EU, as it emerged that the company secretary had told members of parliament weeks past that it was right for British company to have access to cheap Chinese imports.

Javid was criticized for travelling to another side of the world, when he understood that the Tata decision was pending, taking his daughter with him.

He maintained that he was unaware that the plans for closure could carry a schedule of “weeks” rather than months.

[dropcap color=”#008040″ boxed=”yes” boxed_radius=”8px” class=”” id=””]H[/dropcap]e focused on tackling unfair trading practices in the EU, and insisted the government was helping with a 400 million pounds package of compensation on energy costs for the industry. However, the steel company Celsa has confirmed that as of Friday it has not received a cent of the energy costs damages agreed after months of wrangling in December 2015.

Javid admitted that finding a buyer for Tata’s loss -making assets wouldn’t be uncomplicated and said he recognized that any potential buyer may require the aid of the British government.

Cameron raised the issue of the future of the Port Talbot plant with Prime Minister Narendra Modi, around the sidelines of the security summit in Washington.

“Modi said the Indian steel industry was facing similar challenges from international over-capacity as well as the Chinese economic slow down.” 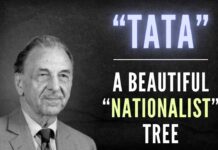