The Tata Group sought the British government’s help in finding a suitable buyer for its steel assets in Britain.

[dropcap color=”#008040″ boxed=”yes” boxed_radius=”8px” class=”” id=””]E[/dropcap]he Tata Group on Wednesday sought the British government’s help in finding a suitable buyer for its floundering steel assets in Britain. The company is also exploring the possibility of a third party independent auditor to oversee the transition.

The main focus of the talks was to avert over 40,000 job losses at Tata Steel UK.

These issues were discussed at a meeting between British Business Secretary Sajid Javid, the Tata Group top brass led by chairman Cyrus Mistry.

The British Business secretary flew to Mumbai specifically to hold talks with the Tata Group.

Speaking to reporters here following the meeting, Javid called it “constructive and positive” and said the Tata Group was a “responsible company”, adding it had told him that a “reasonable amount of time” would be allowed for the sale process.

The British business secretary only named Liberty Steel, among parties that had shown interest in purchasing the Tata assets,

[dropcap color=”#008040″ boxed=”yes” boxed_radius=”8px” class=”” id=””]E[/dropcap]ndia-born, London-based businessman Sanjiv Kumar Gupta, founder of the UK-based Liberty House, is touted as a strong contender to take over Tata Steel’s British assets. He was one of the potential buyers Javid met in London before flying out to Mumbai.

Earlier, British Prime Minister David Cameron held emergency talks in London with his colleagues to tackle the crisis, amid warnings that the firm has just weeks for a rescue deal.

The Labour Party has termed it a national crisis and wants the UK steel industry to be nationalised.

Having suffered nearly $3 billion in losses on the British operations, Tata Steel last week said it will explore options to put its entire portfolio there up for sale, some 10 years after it forayed into Europe by acquiring the Anglo-Dutch Corus for over $8.1 billion. 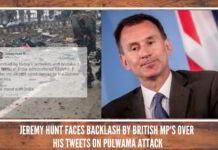 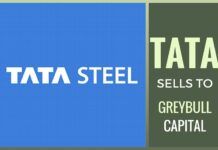 My book NDTV Frauds is now available in hardcopy