2017 is turning out to be a bad year for journalists. After Hindustan Times’s massive retrenchment, on February 2 evening ‘Ananda Bazar Patrika’ and its English daily ‘The Telegraph’ have terminated more than 750 journalists. The journalists were shocked when the ABP Group served notices of termination with paltry compensation across their bureaus in West Bengal, Bihar, Jharkhand and New Delhi by the most “screaming liberal values” organisation headed by Aveek Sarkar, now sidelined by his younger brother Arup Sarkar.

The management says that this retrenchment is cost restructuring.

According to insiders, many journalists working in the Feature and Political Bureaus were the worst affected by this massive retrenchment in Bengali daily Ananda Bazar Patrika and English daily The Telegraph. No Journalists Union or the now asleep, now awake Editors’ Guild has uttered a word till this time about the massive termination of media persons. There maybe more cuts coming as administrative, marketing and circulation staffers, who have been working with this group for past many decades, may also be pruned.

The Telegraph news paper is considered as the “big salaries” newspaper in the media world. The management says that this retrenchment is cost restructuring. The Kolkata centric Liberal-Left preacher news paper showed no mercy to their staffers while talking big about humanity in their editorials.

It appears that media is in a world of hurt. Considering that all these layoffs are happening after Demonetization, is there a correlation?

PGurus have reported a few weeks back that Telegraph was planning to do this onslaught on manpower to reduce the costs. For the past six months, Aveek Sarkar has been sidelined by his brother Arup Sarkar by putting him in a BJP ‘Marg Darshak Mandal’ like post in the company.

The new year witnessed Hindustan Times (HT) closing four editions viz. Kolkata, Indore, Bhopal and Ranchi. HT also closed three bureaus in Allahabad, Varanasi and Kanpur, when the state Uttar Pradesh was going to Assembly polls. Above all many journalists across all Bureaus were terminated based on the suggestions of some management consultancy groups.

Times of India has a recruitment freeze this year and owner Vineet Jain went ahead and supported Hindustan Times’ retrenchment. This goes to show that cutthroat capitalism is alive and well in India and all the homilies of liberal socialism is only for the rest.

This is not all! Two weeks back NDTV terminated 38 cameramen and asked the journalists to cover videos in mobile phones! It appears that media is in a world of hurt. Considering that all these layoffs are happening after Demonetization, is there a correlation? 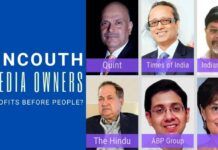 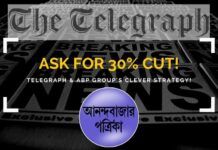 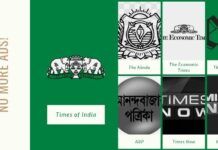 ‘1991 Act doesn’t bar ascertaining the nature of place of worship’:...

How SEBI has pulled ‘Cotton’ over its eyes on MCX matters