This is the 3rd article of the series of articles that I am writing on the upcoming 2021 West Bengal assembly elections (The previous Two part of the articles can be accessed here[1][2]). In this specific article, I would analyze the issues & demands of the people of the districts of Burdwan, Hoogly, Birbhum as a whole, then move on to the urban pockets of Kolkata and its suburbs & finally to coastal Bengal & “Jangalmahal“.

This particular region spans the rural areas of Bengal to the coal belt. The place of “Singur” from which Mamata Bannerjee changed her political fortunes by depriving Bengal of industrialization is situated in Hooghly. The monumental mistake that the current ruling party committed by not allowing the “Tata Motors” factory to be set up in Singur under the pretext of saving agricultural land continues to haunt the people of this region. The factory would have generated huge employment for the youth and would have also led to the set up of many ancillary industries in nearby regions. There is huge dissatisfaction in people who are now demanding industries & jobs as they feel cheated by the current dispensation in the state.

I will start the analysis with North 24 Parganas. This district was once the hub of many successful industries like the Dunlop Tyre Factory, the Icchapore Rifle factory, and numerous medium-scale enterprises.

Due to the lack of jobs in the skilled & semi-skilled sector, many people had started to work as agents for multiple chit funds like “Sharada”, “Rose Valley” etc, promising high returns. But little that they know that the owners of the chit funds had other motives. There was a huge chit fund scam that rocked Bengal cheating millions of people of their hard-earned money with hundreds of people committing suicide. Even though the affected people belonged to all parts of Bengal, but a huge number of the affected belong to these 3 districts. So, there is anger among the people against TMC (Trinamool Congress) demanding a part of the money to be recovered and punishment for the culprits.

I would like to conclude this section, with another issue that plagues this region in particular the coal belt. The areas of Asansol, Raniganj, Dubrajpur suffer from the menace of rampant illegal coal mining which poses a grave threat to this region. There have been multiple instances of illegal coal miners getting killed in illegal coal-mines and violence to control these mines among different criminal factions is an everyday occurrence. These issues will also play in the minds of the huge number of poor voters of this region who want jobs suited to their skills so they don’t have to indulge in an uncertain & life-risking trade.

If we start analyzing the demands and issues of this region, we may have to subdivide the region into urban Kolkata and its outskirts, from the once-thriving industrial belt of North 24 Parganas to the Sundarbans in South 24 Parganas. Starting with Kolkata, the main issue that the people will keep in mind are the quality of the civic amenities available to them. There are still large parts of the city that gets deluged every monsoon season and there seems to be no permanent respite from this yearly event. A huge number of educated youth from Kolkata and its suburbs migrate to other states in search of skilled employment which again highlights the need for rapid industrialization of Bengal to support the employment of it is young & aspirational population especially in the urban pockets.

Moving on, I will start the analysis with North 24 Parganas. This district was once the hub of many successful industries like the Dunlop Tyre Factory, the Icchapore Rifle factory, and numerous medium-scale enterprises. But successive governments both at the State & Center duly failed to revive these sick loss-making industries and as a result unemployment in the region shot up exponentially. There is a long-standing demand to revive the once flourishing Dunlop factory & the closed enterprises but without much success.

Mamata Bannerjee has decided to contest from this constituency against the local heavyweight leader from this region Suvendu Adhikari of the BJP and I feel that the incumbent CM will lose this battle.

Now, let us move our attention to South 24 Parganas. This district consists of the bordering areas of Canning, Diamond Harbour, and the large part of the India side of the Sunderbans. The villages in and around the Sunderbans are among the most remote & underdeveloped regions of the state. Most of the population in this region is employed in the unorganized sector working as daily laborers/ fishermen, etc. The health care and educational infrastructure of this district also need immediate improvement although the road connectivity to the major towns of this district has improved in the last 10 years. All the issues highlighted above will surely play in the minds of the voters and the results of the elections could very well reflect the performance of the current government

The region of Midnapore or Medinipur has special significance in this election as the constituency of “Nandigram” has virtually turned into a prestige issue for the TMC and the BJP. Mamata Bannerjee has decided to contest from this constituency against the local heavyweight leader from this region Suvendu Adhikari of the BJP and I feel that the incumbent CM will lose this battle. The region of Midnapore has a huge scope of tourism development in which I feel the State government has done some good work. But the avenues where the current dispensation has failed considerably is to reduce and control rampant corruption whereby local TMC leaders have siphoned off money from central government schemes like “MNREGA“, “Rural Housing Scheme“, the building of toilets under the “Swach Bharat” scheme, etc, and hence there is huge resentment among the people against the incumbent MLAs, panchayat pradhans & councillors of local municipalities.

Coming to the districts of Bankura & Purulia, these two districts constitute the Jangalmahal of Bengal with a considerable tribal population. Large parts of these two districts suffer from extreme poverty, lack of basic infrastructure, deplorable healthcare facilities just to name a few issues. There was an initiative to set up an industrial township in Raghunathpur, Purulia by the State government but that initiative has not materialized to date which is quite obvious as there have not big industries that have been set up in Bengal and specifically in Purulia & Bankura.

The trends and voting percentage of the Lok Sabha elections of 2019 in the region of Midnapore, Bankura & Purulia have given ample indication the population of this region is looking for an alternative who can give due importance to the aspirations and demands of this region in particular.

This concludes my 3 part series of region-wise analysis of the different issues and demands of the people of Bengal and I feel that the current TMC government would not come back to power as there were too many promises that are still unfulfilled and hence there is massive resentment among the rural population of West Bengal. Through these articles, I have tried my best to highlight these issues to the best of my abilities and if anyone wants to provide, share more insights with me, I can be reached on all social media platforms the details of which are given below. 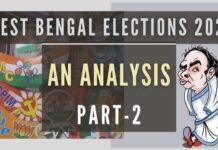 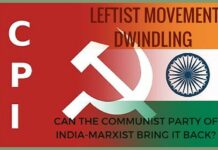