On January 20th, I had written an evocative article on How much should a liter of Petrol cost? by comparing the pricing of petrol (it is called as gasoline or gas for short in the US). The feedback on this article was excellent and many opined that some of the assumptions (such as Refining being a fixed percentage cost of Crude) was incorrect. This article takes a broader view and compares the retail pricing of petrol in many countries and the results we got were interesting. For more, see the interactive graph below, showing the price of 1 liter of Unleaded Petrol at the pump.


It is easily seen that while a liter of crude went down from 63 cents to 19 cents, the savings have not been passed down to the consumer except in a few countries, such as the United States. I was pleasantly surprised to see that India is not the highest taxing country on Petrol – that honor goes to the United Kingdom! It is also interesting to see that the amount of pullback in prices between 2014 and 2016 has been more pronounced in Europe, around 30% than in India(20%).

In terms of impact on the public, it is important to know what the buying power of each country is. Most European countries listed in the chart above have extensive rail networks, which can mask the impact of the gas price on the individual. However, there is another way to arrive at the buying power and that is to see the price of a hamburger in that country. The price of hamburger, also called as Big Mac Index, is based on the theory of purchasing-power parity (PPP) and takes into account the price of commodities, salary overheads etc. that go into making the burger. When we divide the Big Mac Index by the price of 1 liter of Petrol in that country, we arrive at a number that we call PetroImpact. The ratio is a number since both the Numerator and Denominator are in US dollars ($). The PetroImpact Index is shown below, for January 2016.

Why am I comparing two seemingly disparate entities? Let us look at the numbers first… In the United States, the PetroImpact is the highest, meaning it is leaving most of the savings in the hands of the consumer, trusting his/ her ability to save or spend as he/ she pleases. India comes lowest in this, a point that emphasizes what I said in my previous post. Since Petrol (or Gas as it is called in the US) forms the bedrock of pricing of many commodity / consumable items, keeping the price low is akin to a tax break, which can produce immediate results.

What is needed is Political will and some out-of-the-box thinking. 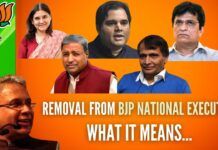