The People’s Bank of China (PBC) started preparing for the race of centralised digital currency back in 2014 under the governorship of Zhou Xiaochuan.

The digital RMB which the Chinese calls Digital Currency/Electronic Payment (DC/EP) is distinct from digital transaction platforms such as PayPal or Paytm and a lot more like cryptocurrencies except it is centralised unlike the other cryptos like Bitcoin which are decentralised and minted across the globe. Privately another factor that separates digital RMB from major cryptos other than it being centralised and issued in a regulatory fashion by the People’s Bank of China is that it is based on Distributed Ledger Technology (DLT) and not Blockchain-based like other major cryptos eg. Bitcoin.

The DC/EP issued as trial mainly had limited validity and could be exchanged for goods only on limited platforms mainly on Chinese e-commerce giant JD.com[3]. The digital RMB would be issued via two tire system i.e. from Central Bank (PBC) to commercial banks.

However, the critics (mainly Americans) emphasise on the authoritarian & expansionist nature of the CCP and criticises DC/EP as an authoritarian nation and domination of monetary system not only domestically in china but internationally among China’s trade partners as well by tracking, monitoring and possibly controlling the monetary behaviour of the masses [4]. The CCP of course has rubbished these concerns via their mouthpieces.

Further, CCP has plans to internationalises their digital fiat currency to use it as part of the international monetary system and to “provide experience for countries around the world in issuing legal currencies.”[5] And perhaps to integrate it with their grand plan of PEACE cable(Pakistan & East Africa Connecting Europe) and the vast infrastructure network of Belt and Road Initiative (BRI).

It is idely speculated that China will pull some sort of global PR stunt with DC/EP during 2022 winter olympic games in Beijing.

CCP’s international ambitions were also reflected when the People’s Bank of China along with the Central Bank of the UAE joined the bilateral program “Inthanon LionRock” between Hong Kong Monetary Authority and Bank of Thailand, under the Bank of International Settlements (BIS) as a new Central Bank Digital Currency(CBDC) Co-Creation Project that explores the capability of Distributed Ledger Technology (DLT) called the Multiple Central Bank Digital Currency (mCBDC) Bridge[6].

The USA lags far behind China in the race of centralised digital currencies. With US Treasury Secretary Jenet Yellen hinting on various occasions about it making “sense for central banks to be looking at it” or Federal Reserve Chairman Jerome Powell calling digital dollar “high priority project” during a congressional hearing [7].

The USA can only overtake China if it decides to run as if this race were a 100m Dash.

The Reserve Bank of India (RBI) is all set to roll out its own Blockchain-based Centralised Digital Currency. While the Government of India is eager to ban or regulate trading, mining and other activities associated with decentralised Cryptos especially Bitcoin [8].

According to BIS (Bank for International Settlements), 80% of the Central Banks across the globe are researching the prospects of Centralised Digital Currency. Few other notable participants in the race are the Bank of England, Central Bank of Sweden and European Central Bank. 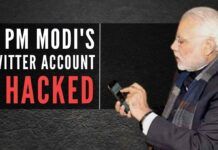 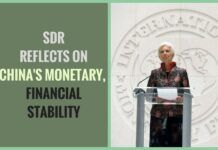 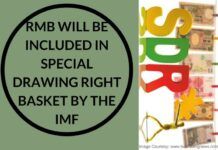