The boardroom coup at Tata Sons orchestrated at the behest of Mr. Ratan Tata has brought the otherwise staid Tata Group of companies into the limelight. If media reports are to be believed, the removal of Mr. Cyrus Mistry was not on the agenda at the start of the Tata Sons Board meeting. Hence it came as a complete surprise to Mr. Cyrus Mistry when it was announced that Tata Sons has replaced him with Mr. Ratan Tata as interim Chairman till an appropriate replacement can be found.

If performance was the criteria, the Board of Tata Sons had several opportunities to sack Mr. Ratan Tata for a series of blunders during his twenty year tenure.

It increasingly looks like the raison d’etre for Mr. Ratan Tata’s anger, angst and decision to replace Mr. Cyrus Mistry was the assessment of the latter to undo the follies of former as the best way forward to save the Tata conglomerate. In essence, it was the dismantling of Ratan Tata’s twenty year legacy that started in 1991 as Chairman of Tata Sons – Corus, DoCoMo, Nano, Air Asia, and Indian Hotels. If not for the IT giant and cash-cow Tata Consulting Services, some of the Tata group companies might have appeared on the recent list of infamous debt defaulters.

Mr. Ratan Tata has launched a frontal attack on Mr. Cyrus Mistry by targeting his performance as Chairman of Tata Sons. If performance was the criteria, the Board of Tata Sons had several opportunities to sack Mr. Ratan Tata for a series of blunders during his twenty year tenure. His acquisitions have destroyed shareholder value while piling on huge amount of debt while his foray into both telecom and airline sectors have been plagued with bribery and money laundering charges. Finally, some of the profitable entities in the Tata stable like Indian Hotels and Tata Communications have been entirely due to Central Government largesse through rent free real estate in upscale metro areas.

More importantly, Mr. Ratan Tata is yet to respond to the aggressive accounting practices at Tata Steel and misappropriation of funds at AirAsia raised by Mr. Cyrus Mistry in a letter to the Tata Sons Board of Directors after his ouster. Mr. Mistry’s letter claims that undoing Mr. Ratan Tata’s follies in three areas alone would cost the conglomerate dearly – Corus (Rs 60,000Cr), Tata Teleservices (Rs 30,000Cr ($4.5 billion)) and Nano project (Rs 10,000Cr ($1.5 billion)).

Wanting to make Tata Conglomerate a global enterprise, Mr. Ratan Tata made several acquisitions during his helm at Tata Sons. And three of them standout – Tata Motors gobbled up Jaguar Land Rover, Tata Tea bought a much larger rival Tetley while Tata Steel acquired Corus after a bidding war with Brazil’s CSN. While Jaguar Land Rover acquisition is yet to yield desired results, the other two have turned into a catastrophe for which shareholders are paying dearly. Tata Steel impairment losses could be as high as Rs 60,000 Cr ($9 billion) with Rs 28,000 Cr ($4.2 billion) already provided for in the past years.

The Board of Directors of Indian Group of Hotels which includes the likes of Mr. Deepak Parekh showed spunk and endorsed the leadership of Mr. Mistry.

Mr. Ratan Tata’s disastrous foray into telecom sector has been well documented and publicized in the infamous Nira Radia tapes. But what is more appalling is the handling of Tata Teleservices spat with NTT DoCoMo. In 2008, when Mr. Ratan Tata was at the helm of Tata Sons, NTT DoCoMo purchased equity in Tata Teleservices. The agreement contained a clause that after three years, the Japanese company could exit through selling its equity either in a public listing or back to Tata Sons. The sale price was specified at half of its original investment. However, DoCoMo was unable to do so since a public offering was not viable and Tata Sons surprisingly claimed that the pre-fix price was against Reserve Bank of India (RBI) rules. A subsequent international arbitration ruled that Tata Sons must pay USD 1.17 billion to DoCoMo for breach of contract. Despite an unambiguous verdict, Tata Sons refuses to honor its contract and mouths platitudes about complying with its contractual obligations. Ratan Tata and Tata Sons have single handedly sullied India’s reputation in the global business community by hiding under the garb of RBI foreign exchange rules in its refusal to pay NTT DoCoMo.

Mr. Ratan Tata’s dream of making an affordable car for Indians has also resulted in huge losses at Tata Motors. Sale of every unit of Tata Nano is much lower than the cost price and selling Nano is akin to CSR activity. Hence Mr. Cyrus Mistry wanted to shut the Nano. And corruption and money laundering charges are well documented in the correspondence of Dr. Subramanian Swamy to the Enforcement Directorate asking for an investigation of Mr. Ratan Tata’s deal with AirAsia.

Although Mr. Ratan Tata has successfully ousted Mr. Cyrus Mistry as Chairman of Tata Sons, it is increasingly clear that the boardroom battle at various Tata Group companies has just begun. The Board of Directors of Indian Group of Hotels which includes the likes of Mr. Deepak Parekh showed spunk and endorsed the leadership of Mr. Mistry. If Board of Directors at other large Tata companies show similar spunk and follow suit to back Mr. Cyrus Mistry, it would signal death knell for Mr. Ratan Tata. And this time around neither Lutyens media nor Government of India can save his fall from grace.
Note:
1. The conversion rate used in this article is 1 USD = 66.52 Rupees.
2. Text in Blue points to additional data on the topic. 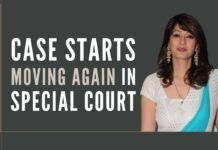 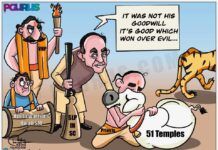 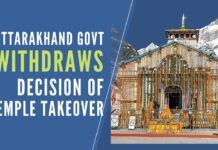 Hari Om - April 13, 2021 0
The SC delivered a very meaningful order on the illegal aliens April 8, 2021, would go down in the political history of under-threat India as...

Questions ED and CBI should be asking of C-Company minions