Massive rally in Gwadar for their rights

The streets of Gwadar were filled with rallies of thousands of people raising slogans of ‘Gwa­dar ko haq do‘ for their rights. The protestors carried placards and banners inscribed with slogans in support of their demands. They chanted slogans against the provincial government.

Led by Maulana Hidayat-ur-Rehman, the Balochistan Gen­­eral Secretary of Ja­­m­a­at-i-Islami, the people of the port city launched the ‘Gwa­dar ko haq do‘ movement 26 days ago.

The Dawn reported that thousands of people, including women and children, marched on the main roads and streets of Gwadar in support of their movement launched for the rights of the people of the city in Pakistan’s Balochistan province.

The participants of the procession started their march from Seratun-Nabi Chowk.

Addressing the participants on Friday, Maulana Hidayat said police and other law-enforcement agen­cies blocked the Coas­tal Highway at Uthal, stopping buses, coaches, and other vehicles carrying people to travel towards the city as thousands of people from Karachi and other areas of Sindh wanted to join the sit-in Gwadar.

Maulana Hidayat said that the participation of hundreds of thousands of people in the procession and the sit-in was actually a referendum against the provincial and federal governments and the people would continue their struggle and protest till the achievement of their rights which had been denied to them for a long time.

“It is the movement of the deprived and oppressed people of Balochistan comprising fishermen, poor labourers, and students, which will continue till all their demands are accepted and implemented,” the JI leader declared.

The demonstrators demanded the provision of basic facilities such as health, education, and infrastructure in all cities of Balochistan.

Maulana had previously mentioned that the state forces and officials are not taking their protest seriously because they think that these people are not committed to their demands and they will not be able to achieve support from the masses. 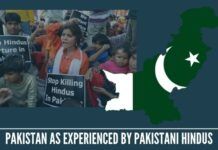 Pakistan as experienced by Pakistani Hindus: 71 years of ‘democracy and equality as enunciated by Islam’ – Part 1 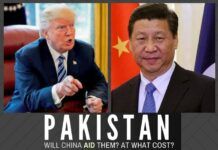 US to withhold $255 million aid to Pakistan – who will aid Pakistan next?