The Finance Minister, the RBI Governor, and the BBB Chairman are supposed to be working in harmony to strengthen the banking sector, but what we see is an unsavory blame game.

Why is it that every important institution responsible for the proper functioning of banking has a problem with the Finance Ministry and the man heading it? The Banks Board Bureau (BBB), under former Comptroller & Auditor General Vinod Rai, recently rued over the lack of communication with the Finance Ministry. A few days before that, Reserve Bank of India (RBI) Governor Urjit Patel had expressed his displeasure over Finance Minister Arun Jaitley’s remarks blaming, among others, the central bank for the Rs 13,540-crore Nirav Modi scam at Punjab National Bank (PNB).

What on earth is happening? The Finance Minister, the RBI Governor, and the BBB Chairman are supposed to be working in harmony to strengthen the banking sector, but what we see is an unsavory blame game.

Set up over two years ago, the BBB was mandated to select the heads of public sector banks (PSBs) and financial institutions, and help banks “in developing strategies and capital raising plans.” Headed by Rai, it comprises two Secretaries to the Union government, an RBI Deputy Governor, and former top PSB executives. In short, it is a high-level panel constituted by this very government.

Patel favors “banking regulatory powers neutral to bank ownership” that would level “the playing field between the public sector and private sector banks.”

“The Bureau, as a body of experts on public sector banking, would be able to provide greater utility to the Finance Minister on matters relating to the governance and performance of PSBs, if there were to be greater organic linkage and dialogue with the Finance ministry. At present the body is merely functioning as an appointed board,” the BBB further said.

The RBI Governor has his own lamentations. He likens the RBI with Neelakantha, a name of Lord Shiva highlighting his drinking of poison that came up after the mythical samudra manthan. The central bank would consume poison and yet face brickbats, but it would never desist from it its endeavor to become better with each trial.

Patel is unhappy with the “very limited authority” that the RBI as a regulator has over PSBs. He favors “banking regulatory powers neutral to bank ownership” that would level “the playing field between the public sector and private sector banks.” Evidently, Jaitley is reluctant to allow this, for this would reduce the control of his ministry over PSBs. The reluctance has led to, what the RBI Governor calls, “dual regulation”—PSBs and private banks being regulated differently.

“It is simply infeasible for a banking regulator to be in every nook and corner of banking activity to rule out frauds by ‘being there’.”

He also underlined a simple but important truth: the banking regulator cannot preclude frauds: “it is simply infeasible for a banking regulator to be in every nook and corner of banking activity to rule out frauds by ‘being there’.” In fact, it is infeasible even for the government to be ubiquitous, but then it still has a variety of bodies intended to check and find felony—the CBI, the ED, the Directorate of Revenue Intelligence, the Serious Frauds Investigation Office, the CVC, the Financial Intelligence Unit, a myriad of vigilance departments, etc.

What the RBI Governor did not say was the fact that the conduct of the government functionaries vis-à-vis crooks has not been less than exemplary. This website has a number of posts questioning the role of those who matter. ‘Is Finance Secretary Hasmukh Adhia shielding PNB scamsters Nirav Modi and Mehul Choksi?’ is one such story with a telltale headline. By the way, nobody has offered an answer to the question raised by https://www.pgurus.com/

On a number of occasions, I have argued that the only way out of the banking mess is privatization. The happenings mentioned in this article buttress my view: a critical sector like banking cannot be left to the whims and fancies of incompetent chaps. 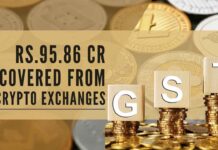 Need for a strategy for Indigenization of Defence production – Part...