US economic growth in Q1 revised up to 1.1 pct

The US economy in the first quarter expanded faster than previously estimated, while future uncertainties, like Brexit, will keep the the country’s growth at a subdued rate for the whole year.

Gross domestic product increased at an annual rate of 1.1 percent during the period January to March, higher than the previous estimate of 0.8 percent, said the Commerce Department on Tuesday.

Private consumption, a major economic engine, increased 1.5 percent, lower than the previous estimate of 1.9 percent and 2.4 percent in the fourth quarter of 2015.

However, analysts said growth for the year may be kept at about the 2 percent level, lower than the 2.4 percent of both 2014 and 2015.

Last week, the International Monetary Fund (IMF) tuned down its predication for U.S. growth in 2016 to 2.2 percent.

The IMF said the U.S. economy will be affected by slow business investment and global growth risks as well as some structural problems within the economy, including labor force participation, weak productivity growth and rising poverty. 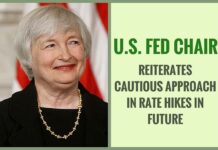 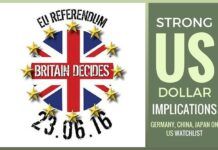 Where is Global economy headed?