[dropcap color=”#008040″ boxed=”yes” boxed_radius=”8px” class=”” id=””]I[/dropcap]nitial focus of the UN Security Council reform negotiations appear to swerve towards points of agreement. To begin with, attention will be on a review of the existing relationship between the UN Security Council and the UN General Assembly. This approach is expected to clear the path for dealing with controversial items, like addition of permanent members, later.

Sylvie Lucas, chair of the Intergovernmental Negotiations (IGN) on Security Council Reform, intelligently turned the focus on the subject of “Relationship between the Council and the General Assembly,”  This subject is,” an area with more agreement than discord” hence talks could begin without bitterness. Towards this Lucas used a negotiating text adopted in September after years of wrangling. Sylvie Lucas  Luxemborg’s permanent representative, was appointed as the chair last year.

She asked the members to look for areas of “convergence” instead of repeating their differing positions, the sources said. This was the first meeting chaired by Lucas. A diplomat who was at the closed meeting told IANS that while there were some differences, overall there was more of a “confluence of ideas”, and heated debates as in previous meetings were avoided.

Most countries at the session agreed on redefining the relationship between the two bodies, emphasising that the Council – comprising the five permanent members (US, UK, Russia, France and China) and 10 non-permanent members elected for two-year terms – should stop “encroaching” on areas that are the mandate of the 193 member Assembly, the heads of the two bodies should consult regularly and that the Council report comprehensively on its work to the Assembly. This account of the closed-door meeting was construed by IANS from conversations with sources who attended the meeting.

[dropcap color=”#008040″ boxed=”yes” boxed_radius=”8px” class=”” id=””]S[/dropcap]peaking on behalf of G4 (India, Brazil, Germany and Japan), Tokyo’s Permanent Representative Motohide Yoshikawa emphasised that the negotiating text had been adopted unanimously and that the Assembly President Mogens Lykketoft had asked the IGN to continue negotiations based on the text.

The four members of the G4 jointly work for reforms and mutually support each other’s bid for permanent seats on an expanded Council.  Japan became an elected member of the Council for a two-year term last month. G4 had agreed to have Japan as the collective voice at the meeting. Japan also has set up a “Strategic Headquarters” under its Foreign Ministry to intensify the push for reforming and expanding the Council.

Yoshikawa said the G4 strongly supported Lucas’ “guideline that we should try to identify areas of convergence rather than repeating our known positions on major issues”. G4 also called for getting inputs from the Peace building Commission and the heads of its country specific panels in Council discussions.

Another group to which India belongs, the L69 that includes 42 countries from Africa, Latin America and Asia supporting Council reform and expansion, noted that it shared the views of the 54-member African Union and the 15-member Caribbean group known as CARICOM on restructuring relations between the Council and the Assembly.

[dropcap color=”#008040″ boxed=”yes” boxed_radius=”8px” class=”” id=””]S[/dropcap]peaking on behalf of the African Union, the largest regional group at the UN, Sierra Leone’s Permanent Representative Vandi Chidi Minah said the African nations should have two veto-wielding permanent members in an expanded Council. Minah also spoke of how matters concerning Africa were decided with little input from it. He also expressed concern over the Council going beyond its Charter mandate of maintaining peace and security by encroaching into areas like development that are the responsibilities of the Assembly, a view shared by India, the L69 and others.

Pakistan’s Permanent Representative Maleeha Lodhi opposed adding any permanent members, calling it a sterile move as they would not be accountable to those they are supposed to represent. She was however in agreement on criticising the Council’s functioning and felt that the Security Council in its decision making should take into account the collective voice of the General Assembly – as envisaged in the UN Charter”.

While Russia’s Permanent Representative Vitaly Churkin backed the developing countries’ complaint about the Council’s encroachment into Assembly responsibilities, fellow Council permanent member Britain hotly contested it, maintaining that the Council was within its mandate to take up such matters as they ultimately impact peace and security. 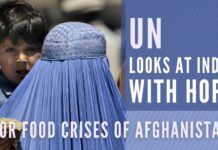 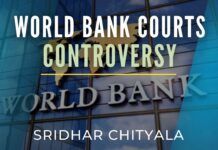 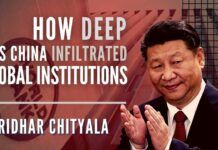 India and the US reiterate commitment to fight terrorism. Pompeo blasts...