[dropcap color=”#008040″ boxed=”yes” boxed_radius=”8px” class=”” id=””]P[/dropcap]akistan’s desperate attempt to salvage the January 15 Foreign secretary level talk with India has not succeeded despite Islamabad’s crackdown against the masterminds of the recent attack on the India Air Force base in Pathankot.
India has decided to defer the talks, awaiting a full report from Pakistan on the outcome of the crackdown against the top bosses of the Jaish-e-Mohammed. Reports in Pakistan media talked about the arrest of JeM chief Masood Azhar, his brother Abdul Rehman Rauf, and several other members of the banned outfit which reportedly plotted and executed the terror plot. However, there was no official word on Masood Azhar’s arrest.
India decided to put on hold the FS-level talks after External Affairs minister Sushma Swaraj briefed Prime Minister Narendra Modi about the Pakistan’s action against the terror outfits involved in the Pathankot attack.
[dropcap color=”#008040″ boxed=”yes” boxed_radius=”8px” class=”” id=””]S[/dropcap]ources said that India felt that in the absence of any official report from Pakistan that addressed its expectations on the Pathankot terror attack, it would not be feasible to go ahead with the talks. However, a formal decision in the regard will be taken tomorrow when New Delhi receives an action-taken report from Pakistan.
Earlier, in a statement. Pakistan Prime Minister’s Office said the government planned to send a team of special investigators to the Pathankot air base for further probe. The statement confirmed the arrests of JeM activists, but did not mention the names of Masood Azhar and his brother among them.
While a spokesperson of the Ministry of External affairs in New Delhi said India has no official knowledge of the arrest of Masood Azhar and his brother, the same was also not confirmed by Pakistan Minister Muhammad Zubair on NDTV.
[dropcap color=”#008040″ boxed=”yes” boxed_radius=”8px” class=”” id=””]P[/dropcap]rime Minister Nawaz Sharif himself reviewed the crackdown at a high-level meeting that reportedly discussed measures to salvage the foreign secretary-level talks between India and Pakistan on January 15. While Pakistan wants to go ahead with the talks, India has said it would decide on continuing the dialogue process depending on Islamabad’s action against terrorists involved in the Pathankot terror attack.
According to a report in Pakistan’s popular daily Dawn on Wednesday, the Pak PMO statement elaborated that Jaish-e-Mohammad offices in the country were being traced and sealed. “The meeting (presided over by Nawaz Sharif) expressed national resolve not to allow our territory to be used for acts of terrorism anywhere,” the statement said.
It was also noted that “considerable progress” has been made in the investigations, being carried out against terrorist elements reportedly linked to the Pathankot incident, the report said.
[dropcap color=”#008040″ boxed=”yes” boxed_radius=”8px” class=”” id=””]”I[/dropcap]n the spirit of the cooperative approach, it was also decided that in order to carry the process forward, additional information would be required, for which the Government of Pakistan is considering to send a Special Investigation Team to Pathankot, in consultation with the Government of India.”
“The meeting reiterated that in line with our decision to counter and completely eliminate terrorism, Pakistan would remain engaged with India on this issue,” the official statement said.
Interior Minister Chaudhry Nisar Ali Khan, Finance Minister Ishaq Dar, Advisor to Prime Minister on Foreign Affairs Sartaj Aziz, National Security Advisor retired Lt General Nasir Khan Janjua, Personal Assistant to Prime Minister Tariq Fatemi, Chief Minister Punjab Shahbaz Sharif, Chief of Army Staff General Raheel Sharif, DG ISI Rizwan Akhter and other high officials are also present in the meeting.
[dropcap color=”#008040″ boxed=”yes” boxed_radius=”8px” class=”” id=””]S[/dropcap]ix Pakistani terrorists believed to be from the outlawed JeM sneaked into Punjab and raided the Indian Air Force base at Pathankot, killing seven security personnel.
Security forces killed all the terrorists. India later said it had delivered “actionable intelligence” for Pakistan to act against those who masterminded the audacious terror attack.
Masood Azhar and two other Pakistani terrorists were freed by India in December 1999 in exchange for the passengers of an Indian Airlines flight hijacked to Kandahar in Afghanistan.
The hijacking, from the Kathmandu airport, reportedly was masterminded by Masood Azhar’s brother Ibrahim Athar. Once the three terrorists in Indian custody were handed over to the hijackers, they fled to Pakistan. 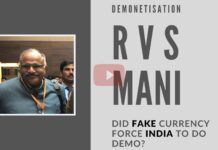 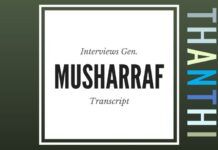 Hard evidence in Pathankot reason for the about turn