Three months from now, when Bihar goes to polls, Prime Minister Narendra Modi, his economic advisers, and market pundits will keenly watch the outcome. If riding on the Muslim-Yadav bandwagon, Nitish-Lalu combine puts it across the BJP, the Central government will face a renewed hurdle in carrying forward some of its controversial agenda such as the Land acquisition bill (LARR) and introducing a hire-and-fire labor policy.

The Bihar election is more than just another state election for a variety of reasons – both political and personal. Politically, it will either signal the revival or complete decimation of the anti-Modi “secular” opposition. At a personal level, it is also seen as an ego clash between two bitter rivals—Bihar Chief Minister Nitish Kumar and Prime Minister (PM) Narendra Modi.

After Nitish walked out of the National Democratic Alliance (NDA) alliance last year ahead of the Lok Sabha polls and sacked BJP ministers from his state government over the projection of Modi as BJP’s PM candidate, the two leaders—both known for their excellent track record, turned into bitter foes.

If the Nitish-Lalu alliance consisting of Janata Dal (United) and Rashtriya Janata Dal (RJD) supported by the Congress and Left parties is able to stump the BJP-led alliance in the crucial polls, the Modi government will have to face a galvanized Opposition in carrying out radical economic reforms on which opinions are sharply divided,

The result will have a great deal of bearing on the proposed merger of the Janata Parivar, comprising of six parties under one flag and on the common agenda of opposing the “so called divisive” policy of the Modi government. Most of these parties favor an economic agenda that is vastly different from the pro-market, corporate friendly policies of the Modi government. As long as these parties have separate identity, it is easy for the government to do business with them and persuade them separately to support any particular bill, but once they come together they will be a powerful block and can derail any legislation in the Rajya Sabha where the Government is in minority.

That’s why it is crucial for the Modi government to win the battle of Bihar, so that it can convince the nation that its economic policies have found endorsement in even a state like Bihar where political narrative and outcome are mostly scripted by caste considerations and communal polarization. 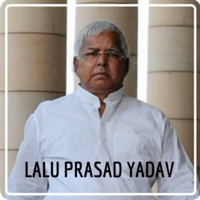 Like Modi, Nitish is also credited with changing the face of Bihar by transforming it from a crime-ridden backward states with pot-holed roads and uprooted electrical poles into a state with some of the best highways, a thriving economy, a double digit growth rate and power supply to even remote villages. The plan size of the state has gone up by nearly ten fold in the last ten years and excise collection has gone up from Rs.300 crores($46.7 million) to nearly Rs.3000 crores ($467.5 million).

So here is one state, where Prime Minister Modi can not call for change because the economy is lagging behind or the state has failed to deliver. In fact, if he does so, the BJP will be held equally accountable, because the party shared power with Nitish Kumar for nine years, and its best known face Sushil Kumar Modi was the Finance minister all these years. 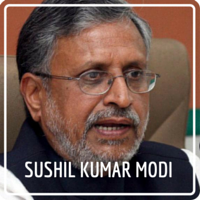 Under the circumstances, the BJP has decided to raise the specter of the return of the “Jungle Raj,“ a slogan to highlight the extreme lawlessness and anarchy that prevailed during the 15 years of Lalu Prasad Yadav regime in Bihar between 1990 and 2005. The BJP is now telling the voters that by joining hands with Lalu Prasad, Nitish Kumar has paved the way for the return of the same dark days when kidnappers and mafia called the shots in the state and businessmen fled in hordes to escape their tyranny.

Not surprisingly, PM Modi has himself jumped into the poll management. He has been meeting with Bihar leaders and discussing poll strategy on a regular basis. The PM has asked the entire set of central ministers from Bihar to travel across the state and highlight the achievement of one-year of the Central Government.

On the other hand, Nitish Kumar is also planning a major campaign offensive, focusing on his achievements and targeting Modi government over its unfulfilled promises on bringing back Black Money, creating ten millions jobs every year, and conspiring to grab the land of poor farmers to benefit the corporates.