A diabolical Babu could be injurious to your health

If Dr. K. P. Krishnan (KPK) goes on to become the Deputy Governor of the Reserve Bank of India (RBI), a post for which he is eminently disqualified[1], it would confirm the weary voter that once again the current government is not serious about fighting corruption. They know full well the extent of corruption of KPK’s boss, the former Finance Minister P Chidambaram. Since my previous article[2] on the shocking move of the Financial Sector Regulatory Appointments Search Committee (FSRASC) to recommend the name of KPK has not elicited a response from the Finance Ministry, I have to assume that this is indeed true.

The real reason behind the agenda to strip RBI of its role to manage public debt is to create chaos in the bond market, and also in Forex market so that PC and company can make a killing.

As per the RBI Act, the central bank should have four deputy governors – two from within the ranks, one commercial banker and one economist – to head the monetary policy department. Short-listing of Dr. Krishnan is therefore clearly a violation of this norm.

Why make an exception?

I and PGurus have been constantly reminding this government of the fact that it is high time specialists were brought in to manage the affairs of the RBI[3]. In fact, the manner in which KPK has managed to get shortlisted by changing the norms shows that he is a master manipulator. Even if he was eligible to hold the post, it would not be in the interest of the apex regulatory institution like RBI to have such a person as its Dy. Governor for the following reasons:

RBI now has to decide whether:

The ball is now in the court of the Prime Ministers Office (PMO). Appointing KPK as Deputy Governor would be a Raghuram Rajan like mistake.

[3] Chat with M R Venkatesh on the health of the Private Banks of India  Apr 23, 2018, PGurus channel, YouTube 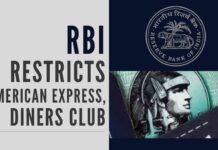 Another Bank hit by cyber attack after Bangladesh