[dropcap color=”#008040″ boxed=”yes” boxed_radius=”8px” class=”” id=””]A[/dropcap]n imminent US rate hike, coupled with upcoming macro data and developments on passing the goods and services tax (GST) bill passage during the winter session of parliament, will dictate the trajectory of not only Indian equities but also the rupee during the week ahead, market observers said on Sunday.
“The focal point will be the outcome of the US Federal Reserve (US Fed) meeting. The probability of a rate rise up to 25 basis points is now more than 70 percent. The US Fed driven volatility and year-end inactivity will keep the markets on a leash,” Devendra Nevgi, chief executive of ZyFin Advisors, told IANS.
“Global cues remain important, including the movement of the yuan.”
[dropcap color=”#008040″ boxed=”yes” boxed_radius=”8px” class=”” id=””]T[/dropcap]he chances of a US interest rate hike has been heightened with positive macro economic data and after US Fed Chairperson Janet Yellen said that she is looking forward to an interest rate hike, which will be seen as a testament to the country’s economic recovery.
The US Fed will conduct its FOMC (Federal Open Market Committee) meeting on Wednesday. A hike in interest rates which have been at near-zero levels since the last decade will send shock waves across the world’s capital markets.
A rate hike could potentially lead to a massive pull-back of foreign funds from emerging economies like India. It is expected to dent business margins as access to capital from the US will become expensive.
In addition to the US, Indian markets can come in for a bombardment as frantic dollar buying will devalue the rupee.
[dropcap color=”#008040″ boxed=”yes” boxed_radius=”8px” class=”” id=””]O[/dropcap]n a weekly basis, the rupee weakened by 17 paise at 66.89 (66.8850) (December 11) to a US dollar from its previous close of 66.70 (December 4).
“The rupee value is expected to be under pressure till the Fed conducts its FOMC,” Anindya Banerjee, associate vice president for currency derivatives with Kotak Securities, told IANS.
“It is expected that the Fed will likely increase the interest rates during its meeting slated for next week. This will not only dent the Indian rupee but all the other EM (emerging market) currencies as well.”
Moreover, the FOMC decision will point to the future course of action of foreign investors, who have been on a selling spree in the Indian markets since March.
“It would be interesting to see the Fed’s roadmap for the next 12 months as it will certainly influence the decisions of foreign investors. This is extremely relevant for Indian markets,” Pankaj Sharma, head of equities for Equirus Securities, told IANS.
[dropcap color=”#008040″ boxed=”yes” boxed_radius=”8px” class=”” id=””]T[/dropcap]he National Securities Depository Limited (NSDL) figures showed that the FPIs (Foreign Portfolio Investors) were net sellers during the week ended December 11. They sold Rs.3,495.29 crore or $522.98 million in equity and debt markets during December 7-11.
The data with stock exchanges showed that the FPIs sold stocks worth Rs.1,437.46 crore in the week ended December 11.
Besides, foreign investors have taken out Rs.23,352 crore during August-September. In November, foreign investors off-loaded stocks worth around Rs.9,000 crore.
The silver lining on the cloudy horizon is the hope that consensus finally builds between the government and the opposition on the GST bill.
“One big hope locally is that the Congress may allow the GST bill to go through after the party’s strategy of linking the National Herald case with disruption in parliament has not really been successful,” Sharma cited.
[dropcap color=”#008040″ boxed=”yes” boxed_radius=”8px” class=”” id=””]B[/dropcap]esides the GST, volatility is expected next week on account of other major events like the release of domestic inflation data points of the consumer price index (CPI) and wholesale price index (WPI).
“Investors will watch out for consumer inflation data on Monday which is expected to inch up marginally to 5.4 percent. The US will also release its core CPI data on Tuesday which could impact the markets,” Vaibhav Agarwal, vice president and research head at Angel Broking, told IANS. 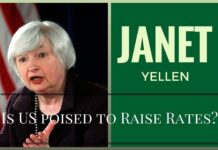 Greece urges creditors to back its economic recovery