The duo was identified as Aash Mohammed, 28 (Deoband resident), and Mohd Haris, 23 (resident of Haridwar), currently living in Deoband, said ATS officials in a press statement.

The two accused have been brought to Lucknow from Saharanpur after their names surfaced during the interrogation of people arrested earlier in this connection.

Prashant Kumar, Uttar Pradesh Police ADG (law and order), said that the duo was arrested for their alleged involvement with the two groups promoting terror activities in the country.

Earlier, eight people, including Lukman, Shahzad, Kari Mukhtar, Mudassar, Kamil, Ali Noor, Nawazish Ansari, and Mohd Aleem, were arrested for their alleged links with the AQIS and the JMB and the names of the duo arrested now, surfaced in information extracted from the others, he added. 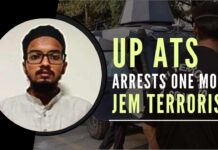 UP ATS and Military Intelligence arrest Inamul Haq for links with Pak based terror group; two others detained from Deoband 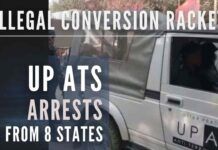