Home sales in Greater Vancouver dropped in July after months of record-breaking sales, due to a new tax on foreign buyers, according to the statistics.

The figures also represented a 26.7 percent decrease from June of this year when 4,400 properties were sold, the real estate board said in a statement.

It’s the first time since January that home sales in the region were below the 4,000 mark, the statement added. 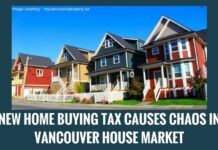 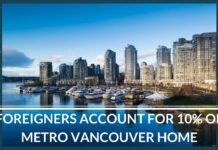