The Madhya Pradesh Professional Examination Board, (or Vyapam as it is popularly known), which has conducted admission tests for National Law Institute University (NLIU), Bhopal since its inception in 1997, removed the names of those in the the merit list during 2001-07, leaving only the roll numbers, the reply to an RTI query says. Whistleblower Ajay Dubey says this has been done to protect the beneficiaries.

The merit lists of pre-BA.LLB (Hons) entrance test from 2000 to 2007, obtained through RTI application in November by Ajay Dubey from the MP professional examination board, show that in 2000 the names of the candidates were mentioned on the list along with their roll numbers. But from 2001 till 2007, the board removed the names of the candidates from the list and only the roll numbers were displayed, the RTI reply said.

“Vyapam conducted admission tests for NLIU till 2007. From 2008, the admission test for the law institute came under Common Law Admission Test (CLAT). The general practice is to put out the names of the candidates and their father’s name on the merit list. They removed the names of the candidates from the list after 2000 because they didn’t want to disclose their identities. This gave a strong impression of how recommendations of influential people were considered in the selection of candidates. And all possible efforts were made to hide their identities,” Dubey told IANS.

Meanwhile, the MP government auditor had earlier raised a number of objections related to inflated travel expenses by experts hired by the state’s Professional Examination Board or Vyapam for an examination in 2006-07 and had called for expeditious investigations, a reply to an RTI plea received earlier this year had stated.

The Local Fund Audit had also raised objection to the reprinting of 200,000 answer sheets for the Women and Child Development Examination that was conducted two months earlier, causing a loss of Rs.262,350.

More than 1,000 financial irregularities were reported in Vyapam since 1970 to which objections were raised by the state’s audit teams.

Madhya Pradesh has been mired in the Vyapam scam for years, but the irregularities eventually came to light when 20 people were arrested in 2013 for impersonating candidates appearing for the 2009 medical entrance examination.

Forty-eight people associated with the Vyapam scam have died – mostly under mysterious circumstances. Following the chain of deaths, the Supreme Court in July directed the CBI to investigate not just the Vyapam scam but also the deaths related to it.

The most recent death was of an Indian Forest Service officer, Vijay Bahadur Singh, whose body was found close to a railway track near Odisha’s Belpahad station on October 15. He was travelling by the Puri-Jodhpur Express. The CBI has started probing this death as well. 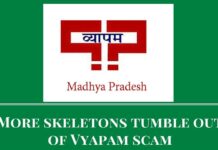 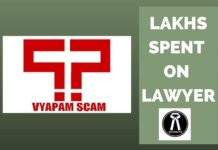 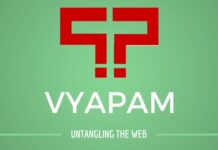 Vyapam Scam: Untangling the web of truth so far

Why was Damodaran denied extension as SEBI Chairman by fin min,...