In 2007, the Government of AP makes the following amendment:

Amendment Act 33 of 2007 to Act 30 of 1987 enabling qualified members of erstwhile hereditary Archaka families to continue to have right of Archakatvam. Sub-Section (3) of Section 34.

“(3) Notwithstanding anything contained in sub-sections (1) and (2) of this section, the qualified members of those Archaka families which were continuing in Archakatvam service under the provisions of the repealed The Andhra Pradesh Charitable and Hindu Religious Institutions and Endowments Act, 1966 and recognized as such by the competent authority shall continue to have the right to archakatvam without having any right to emoluments such families used to receive earlier under Act 17 of 1966. However, they shall receive emoluments in accordance with the scheme under Section 144.” (emphasis mine)

(My Note: Therefore, families serving the Bhagawan or Ammavaru as Archakas prior to the Act of 1966 cannot be stopped from rendering their Kainkaryam as per the SC order in IA 4 of 1997)

Section 144 was also amended by Act 33 of 2007 w.e.f. Jan 03, 2008, introducing two provisos. While the main part of Section144 abolished shares in Hundi and other Rusums, the 2nd Proviso empowered the Commissioner to frame a separate scheme stipulating conditions of service and payments of emoluments to the Archakas, Officeholders, and servants of the Institution.

(My Note: This Section 144 and the framing of Separate Scheme is an important development).

Therefore, even after the hereditary Mirasi stands abolished, the Courts paved way for the Hereditary Archakas as under:

“Thus, notwithstanding the abolition of hereditary rights in MirasidarArchakas, if an Archaka was a member of an Archaka family, and was qualified to be an Archaka and was continued as an Archaka under Act 17 of 1966, and was also recognized as Archaka by the competent authority, he was held entitled to have the right of Archakatvam but not to the emoluments which he had received earlier under Act 17 of 1966. He would get only those emoluments laid down in a scheme to be framed by the Commissioner of Endowments under Section 144.”

After the amendments were made to Section 34 and to Section 144 of Act 30 of 1987 by Act 33 of 2007, some of the review petitions seeking review of the decision in A.S. Narayana Dikshitulu were dismissed as infructuous / withdrawn on Feb 19, 2013, by a Three-Judge Bench of the Supreme Court observing that during the pendency of the review petitions, the State of Andhra Pradesh, by making such amendments to the principal Act (introducing sub-section(3) to Sec34 and adding 2nd proviso to Sec.144 by Act 33 of 2007) had restored the status of Archakas as was obtained prior to the enactment of Act 30 of 1987. However, it was made clear that the said order will not affect the reference to the larger Bench made in A. Ramaswamy Dikshitulu.

(Note: This once again confirms that the MirasiArchakas have to be restored to their earlier status as was obtained before the enactment of Act 30 of 1987 and those families serving as MirasiArchakas before the Act of 1966 as per the HC as well as the SC).

Here come the devious designs of the TTD and AP Government to take control of the GarbhaGruham.

Bear in mind that the following points:

The erstwhile MirasiArchakas were offered regular employment as Archakas by the TTD. They refused to be employees. All they wanted was the restoration to their earlier position with honour, dignity, and a Sambhavana for the performance of their religious responsibilities. They specifically didn’t want an employer-employee relationship with the TTD. They were continued to be allowed to do the Kainkaryam.

Based on Amended Act 33 of 2007, with an amendment to Sections 34(3) and 144 a Scheme was framed by TTD which was duly approved under TTD Board Resolution No:2 dated Jul 17, 2010. And in the Scheme, a Sambhavana of around 55,000/month was granted by the TTD based on the Pujas, rituals each one renders. The Sambhavana was termed as a Package Scheme for the erstwhile MirasiArchakas.

What the TTD did next was a devious plan to ease out these four families of erstwhile hereditary MirasiArchakas.

The Potu workers involved in making the Prasadams for the Bhagawan raised a red flag. They demanded that their grievances should be addressed similar to the ArchakaGumasthas. TTD offered to take them as employees under Service Rules 12(1).

TTD put its next plan into action. This is where most devious twist by TTD and AP Government comes into play:

What has the TTD and the AP Government done with this? Have they elevated the Potu workers by calling them, religious staff? Their idea is totally different.


TTD has started applying “this retirement age of 65 rule” to the members of the 4 families of MirasiArchakas.

To be continued in Part-4… 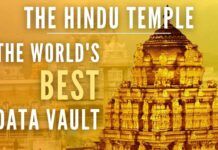