Part 1 of this series can be accessed here. This is Part 2.

On to a very interesting part of the sequence:

This section 144 abolished shares in Hundi and other Rusums (fees) for all hereditary Archakas and all hereditary Kainkaryakartas including in Kalyana Katta (Tonsure) etc., (144 extract attached)

“… all shares which are payable or being paid or given or allowed at the commencement of this Act to any Trustee, Dharmakartha, Mutawalli, any officeholder or servant including an Archaka or Mirasidar and share or shares, in the kanukas offered either in kind or in cash or both by the devotees either in Hundi, plate or otherwise, or any rusum in the Archana or Seva tickets and tickets for tonsuring or any Rusums collected from the person for the performance of marriage or upanayanam and the like… ( etc., etc.,) shall stand abolished with effect on and from the commencement of this Act.

The MirasiArchakas wanted ONLY their right to Kainkaryam undisturbed. They agreed to withdraw the Review Petition in the SC. Now, their request for continuing their right to Hereditary Archakatvam was being done away with, illegally.

The erstwhile ArchakaMirasidars in TTD Temples were continuing to discharge their religious responsibilities on Sambhavana basis and even after the abolition of the Mirasi system w.e.f. 22-03-1996.

“that in spite of such abolition of hereditary Mirasidar rights, the Mirasidar’s honours which they are entitled to as per custom, are not affected and the performance of religious ceremonies, poojas and worship in religious institutions according to Sampradayams and Agamas followed therein is protected, and that the secular administration shall vest in the TTD which does not interfere with religious or spiritual functions including those relating to the performance of religious worship, ceremonies, etc. therein (emphasis mine) and they are required to be conducted through the Archakas who have been rendering service prior to the abolition (emphasis as in Court order).

The Supreme Court directed that if the Archakas/ Mirasidars are desirous of continuing performance of poojas and rituals in their capacity as Archakas, in terms of gradation of Archakas like the one approved in respect of the TTD employees, they may be appointed in the respective gradations by being treated as employees of the Ammavari Devasthanam and they can perform pooja and religious ceremonies in the said Temple.

The Court directed former ArchakaMirasidars to make representations to the TTD and the Government for the scheme to be made and that the Government and TTD should look into this. Representation was made under this directive of the court to TTD to treat the MirasiArchakas on par with Peddajeeyangar and Chinnajeeyangar who are on a Package Scheme basis. This representation is not a representation for the employment of MirasiArchakas, but for their continuation of Kainkaryam and a Sambhavana (gift out of respect) for performing their responsibilities. Despite the Directions of the Hon Supreme Court in IA 4 of 1997, TTD ignored the SC order for a decade for the reasons best known to them.

While the matter dragged on in the courts, Sri I. Y. R. Krishna Rao took charge as Executive Officer (EO) TTD in mid-June, 2009.  Upon taking charge, the very rare Dharmik Indian Administrative Service (I. A. S.) EO understood the nuances of the Mirasi Archakatvam. He took up their cause suo-moto. And as he told me: “It was my mission to restore and safeguard the culture and the tradition of the Mandir, in accordance with the SC order”. He read through various court orders, Government orders, etc., and mediated between the MirasiArchakas and the Government of AP. He drafted the agenda on this issue, which became the basis for the Board Resolution No. 2, which was also drafted by him. He then took it to the Dharmic Parishad (currently no Dharmic Parishad exists) and got it approved. The Board Resolution No. 2 was also passed during his tenure as the E.O. This ensured that the MirasiArchakas continued to perform their hereditary Archakatvam and hold their rights to Kainkaryam as was present prior to 1987 Act without the benefits of the Rusum. In order to have a harmonious working, the MirasiArchakas agreed to withdraw their Review petition filed in SC and any other pending cases in lower courts. They withdrew the Review Petition (RP) in the SC. (SC order on RP withdrawal attached). I shall refer to the importance of this Board Resolution No. 2 at the appropriate place later.
Section 144 details are as follows:

Section 144 Details by PGurus on Scribd

SC order in IA No.4 M G Chary vs the State of AP is shown below:

SC Order in IA No.4 MG Chary vs State of AP by PGurus on Scribd

(To be continued in Part-3) 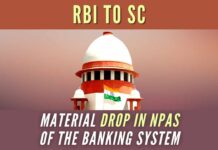 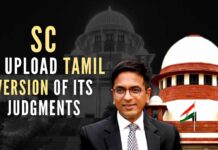 “Practicing Yoga Does not need Sanskrit” – Is that so?