The Delhi Power Minister, Satyendra Jain held a meeting with the representatives of power distribution companies (DISCOMS) to discuss the power crisis. There is just one day stock of coal left in the thermal power station from where the national capital gets.

Speaking to Asian News International (ANI) after the meeting, Jain said, “There is an acute shortage of coal in coal-fired power plants across the country. There is only one day’s stock left in the plants from which Delhi gets electricity, there is no coal at all.”

As per the information Jain gave, all the plants are running on only 55 percent capacity, instead of the full 3.4 lakh megawatt (MW) capacity. Only 1 lakh MW demand is left instead of 3.4 MW demand, but still, the power plants are not able to meet this demand.

He tweeted, “I am personally keeping a close watch over the situation. We are trying our best to avoid it.”

Kejriwal wrote a letter to Prime Minister Narendra Modi on Saturday claiming that there is a coal shortage situation that has affected the power generation plants supplying power to national capital territory and requested him to intervene in the matter.

In order to resolve the power crisis in Delhi, Jain said that the government is ready to buy expensive electricity at present.

It will be interesting to see how Delhi handles this power crisis in the tough times ahead of the festive season. 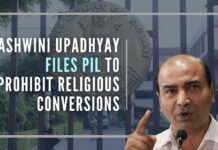