Former Prime Minister Manmohan Singh (addressed MMS by a section of media as well as the acolytes of 10, Janpath) described demonetization and GST as monumental mistakes, organized plundering, and looting. He has been using the words both inside and outside the parliament. Of late, Congressmen themselves have started describing the former Prime Minister as Monumental Mistake Singh! Well, that is another story and one cannot expect anything more from the Congress party.

This despatch of Team PGurus from Kerala has nothing to do with MMS. But this is a word of caution to the members of parliament and the Delhi population in general. The India Parliament has become a safe haven for rapists, looters and even murderers. Have you seen the image of a good looking Member of Parliament in the live proceedings of the Lok Sabha aired by Lok Sabha TV? This person, who goes by the name K C Venugopal, represents the Alappuzha parliamentary constituency in Kerala, sits just behind Rahul Gandhi and could be seen prodding the prince-in-waiting (or should we say prince-forever-in-waiting?!) with facts and figures while the latter opens his mouth to address the House.

What is so particular about Venugopal? He is a former Minister of State for Civil Aviation and has reportedly made a lot of cash through questionable dealings and businesses. But why he has shot into infamy now? This is a statutory warning to other Members of Parliament, especially the fairer sex. Venugopal is a sexually perverted person who gets pleasure by raping women, especially those who are well rounded and fair!

This is not the findings of Team PGurus but of the Kerala Government appointed, to be precise, the then UDF Government headed by Oommen Chandy appointed enquiry commission to probe the Solar Scam which shook Kerala during the previous UDF government.

The Solar Scam Enquiry Commission headed by Justice Sivarajan, a former judge of the Kerala High Court has in its report submitted to the government in September 2017 has made some startling disclosures. Former Chief Minister Oommen Chandy, former minister for power Aryadan Mohammed, former minister for tourism A P Anil Kumar, former union minister K C Venugopal were the lead players in the Solar Scam involving an entrepreneur by name Saritha Nair.

The findings of the commission are that Chandy (74) and Aryadan Mohammed (82) raped Saritha many times and took money from her for the rapes! The fair and fat Saritha Nair paid Oommen Chandy, the former chief minister of Kerala Rs.2 crores in installments for a proposed Solar Power Project to be set up in Kerala. Mohammed charged Rs.25 lakhs from Saritha in spite of sleeping with her much against her wish. She had to concede to their demands for sexual favors because she was helpless and both Chandy and Mohammed were wielding enormous power.

These facts are not the findings of Team PGurus. The findings are that of the Sivarajan Commission of Enquiry which probed the Solar Scam for four years. The final report of the Commission runs into 1073 pages and has the statements of 214 witnesses and 812 documents. The portions dealing with Oommen Chandy, Mohammed, Anil Kumar and Venugopal will eclipse the “literary” works of Harold Robbins.

Saritha and her business associates approached the then chief minister Oommen Chandy to set up solar power stations in Kerala which would have addressed the power shortage faced by the State. Her mission was to tap solar power through rooftop solar shields which could be purchased by the Kerala State Electricity Board. Though it was a viable project, the politicians in Chandy, Mohammed and others including Venugopal sought their pound of flesh from Saritha for approval to the proposals from various government institutions. The name of Palani Manickam, former minister of state for finance in the Manmohan Singh cabinet too figures as one of the persons who molested and raped Saritha Nair.

What is shocking is the Commission’s reference to former union minister K C Venugopal, and former Kerala tourism minister A P Anil Kunar. “A P Anil Kumar is a leading pimp in Kerala. Anil Kumar is the person who supplies girls and women to union ministers and other central leaders of the Congress. Anil Kumar sexually exploited Saritha Nair many times and charged money from her each time he exploited her,” the Commission writes in its final report.

What upset the Commission was the act of all these politicians who sexually molested Saritha Nair and charged money from her each time she went to them seeking favors for the Solar Power Project.

But the exploitation by K C Venugopal is what makes the Sivarajan Commission Report shocking and startling. Venugopal was literally trapping Saritha to exploit her. Though she was reluctant and hesitant to share the bed with him, Venugopal sent lewd messages to her from his mobile phone which were furnished by Saritha to the Commission. “I was brutally raped by K C Venugopal many times and I could not stand up or walk for more than five days because of his molestation,” Saritha Nair told the Sivarajan Commission of Enquiry. The Commission in its final report has said that Saritha had submitted sufficient proof to substantiate her woes.

The Commission says that Venugopal continued to harass and threaten Saritha Nair with lewd calls and lewd SMS messages. What upset the Commission was the act of all these politicians who sexually molested Saritha Nair and charged money from her each time she went to them seeking favors for the Solar Power Project.

The mainstream media in India will not publish the findings of the Sivarajan Commission Report because it involves Congress leaders. The likes of K C Venugopal and Adoor Prakash, (former Kerala Minister who has been described in the report as one with Ph.D. in telephonic sex) are threats to the entire women in the world. The list of MLAs, ministers, police officers who sexually molested Saritha Nair is many. Those interested in reading the hot, steaming descriptions mentioned by Sivarajan Commission of Enquiry are welcome to go through the same which is attached herewith. The report is broken down into three volumes, listed in order below:

God Save Kerala… from Marxists-Red Jihadis-Congress combination… Next time you see Venugopal in the TV screen, especially in the Lok Sabha TV, pray for all women in this world.

Sivarajan Commission on Solar Scam V1 by PGurus on Scribd

Sivarajan Commission on Solar Scam V2 by PGurus on Scribd

Sivarajan Commission on Solar Scam V3 by PGurus on Scribd 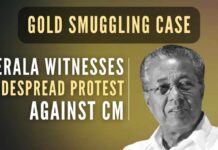 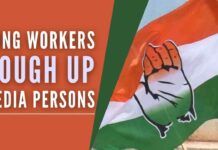 China’s Global Ambitions – What should India do?