India will replace China as the world’s most populous nation in 2023, says UN report

On Tuesday, November 15, the world’s population touched a mark of 8 billion as per United Nations estimates. The latest projections suggest that the global population might touch around 8.5 billion in 2030, 9.7 billion in 2050, and 10.4 billion in 2100.

The report said that more than half the projected increase in population up to 2050 will be concentrated in just eight countries: Congo, Egypt, Ethiopia, India, Nigeria, Pakistan, the Philippines, and Tanzania.

India is projected to overtake China as the world’s most populous country in 2023, “with prospects to reap the demographic dividend as the median age of an Indian this year was 28.7 years, compared to 38.4 for China and 48.6 for Japan against a global value of 30.3 years,”

According to the annual World Population Prospects report released a day earlier, the global population is growing at its slowest rate since 1950, falling to less than 1% in 2020. While it took 12 years for the global population to grow from 7 to 8 billion, it may take 15 more years to reach 9 billion.

United Nations Population Fund (UNFPA) said, “The growth of our population is a testament to humanity’s achievements, including reductions in poverty and gender inequality, advancements in health care, and expanded access to education. These have resulted in more women surviving childbirth, more children surviving their early years, and longer, healthier lifespans, decade after decade.”

UN Secretary-General António Guterres stated, “The milestone is an occasion to celebrate diversity and advancements while considering humanity’s shared responsibility for the planet. At the same time, it is a reminder of our shared responsibility to care for our planet and a moment to reflect on where we still fall short of our commitments to one another,” he said highlighting the responsibility of sustainability and sustainable goals. 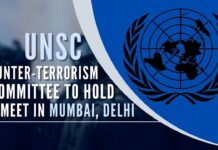 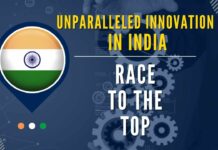 Unparalleled innovation in India: Race to the top

Ahead of Diwali, yet another temple vandalised in Pakistan: Will Pakistan...