Kumbh Baithak to beginning at the famous Haridwar Kumbh Mela

The Uttar Pradesh Braj Teerth Vikas Parishad will be organising a 40-day long fair here called ‘Kumbh Baithak‘ beginning Sunday as a precursor to the famous Haridwar Kumbh Mela. Prior to the Haridwar Kumbh, the fair will be organised for 40 days and is expected to see the congregation of Saints and Akharas in Vrindavan for which the state government has made grand arrangements, Shailjakant Mishra, Vice-President of UP Braj Teerth Vikas Parishad, said on Friday.

“Though the first auspicious bathing day falls on 16th February, the fair is likely to be inaugurated by UP Chief Minister Yogi Adityanath on February 14,” he added. Thrilled by the massive arrangements made for the ‘Baithak’ this year, Rajendra Das, Mahant of Akhil Bhartiya Nirmohi Akhara said, “The massive arrangements made here reflect the religious sentiments of Chief Minister Yogi Adityanath, who appears to be committed to reviving the glory of the ancient past and culture.” Mela Adhikari and CEO of the organisation Nagendra Pratap said arrangements have been made to provide Ganga water for drinking purpose in the fair.

Authorities are also trying to ensure a continuous flow of Ganga water into the Yamuna river during ‘Kumbh Baithak’, the official said. For an uninterrupted power supply, a sub-station has been established by the Power department at the fair, Pratap added.

The other significant feature of the fair is a permanent exhibition reflecting the culture of the state, especially Braj heritage, daily cultural programmes, temporary police line for foolproof security, a camp for journalists, bathing area at the renovated ghats, etc., he added. 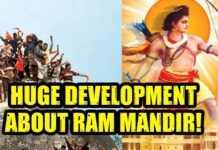